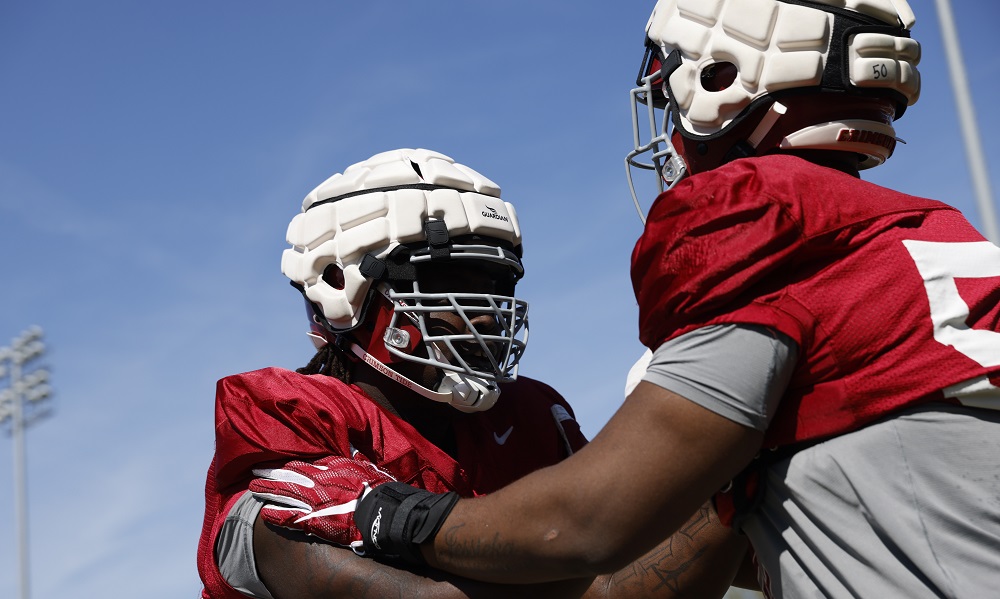 Alabama football has recruited and is developing its next All-American nose guard.

Nick Saban has coached two Consensus All-Americans (Terrence Cody, A’Shawn Robinson) and one Unanimous All-American (Quinnen Williams) nose tackle since 2008 at Alabama. He also produced first-round picks such as Williams, Marcell Dareus, and Da’Ron Payne as defensive tackles. The Crimson Tide has been a defensive force when it’s had an imposing presence in the middle. DJ Dale is a returning senior, but freshman Jaheim Oatis is the presence the Tide needs to have a top-five unit nationally.

Oatis, a four-star from Mississippi, has amazed everyone since his arrival. He played well in spring practice, dropped significant weight in the summer, and dominated fall camp. Oatis is ‘hard to block’ per Saban, and Pete Golding said thee 300+ pounder has ‘more wiggle’ than credited for. Offensive linemen for the Tide have had a difficult time keeping Oatis out of the backfield.

The 6-foot-5, 342-pounder has earned praises from several people in the program. He earned recognition as a co-starter for Alabama in Saturday’s matchup versus Utah State. Dale has more experience, but the freshman is the answer for the position.

“I am very happy for him,” Alabama outside linebacker Will Anderson said Monday about Oatis getting an opportunity. “He is one of the freshmen that came in and worked hard. He did not complain. He did what he said he was going to do. I remember I was on Twitter, and he told me, ‘I am going to come in, lose weight, and compete for a spot.’ And I remember I went to Coach Roach and said ‘these are the types of people we need in our locker room.’ He stuck to what he said. It has been great to watch him step up and help the defense.”

He put in the work for a chance to start at nose guard. Oatis has the size, potential, and mindset to become an All-American defensive line for the Tide. He is prepared to bully Utah State at Bryant-Denny Stadium.