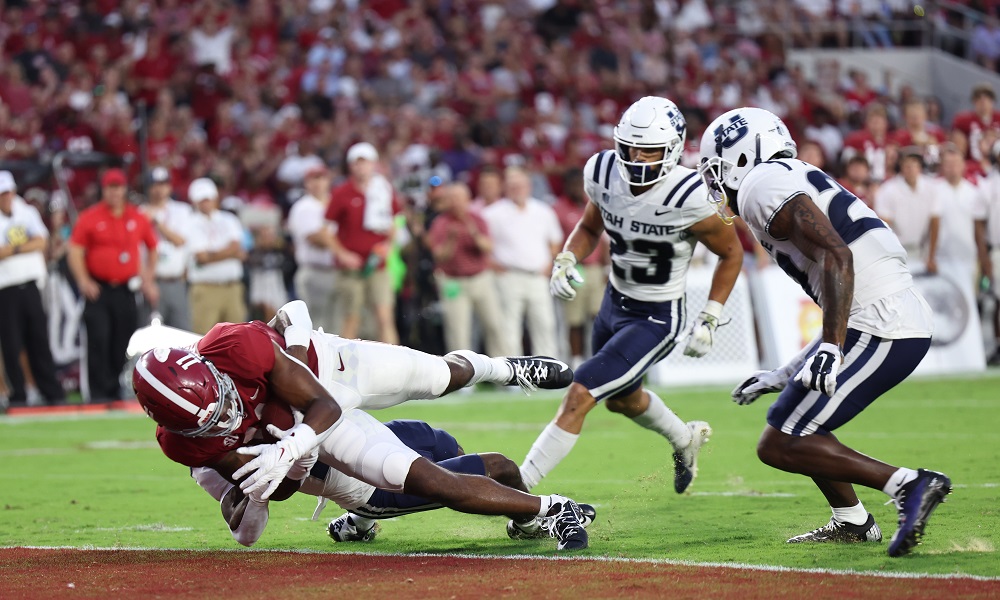 It took a couple of years, but everything has fallen into place for Traeshon Holden at Alabama.

He and Bryce Young arrived in Tuscaloosa together in the 2020 recruiting class.

He witnessed Smith destroy defensive backs to a Heisman Memorial Trophy, and Waddle create frustration for defenses with his speed.

As a South Florida native, Holden got a College Football Playoff National Championship ring in 2020. The 6-foot-3, 214-pounder played in 15 games last year, totaling 21 catches for 239 yards receiving and one touchdown.

He turned in a great game versus Mississippi State, collecting three passes for 70 yards and a score. Holden, like other young receivers, battled frustration when he did not get playing time but continued to work.

Holden had a great showing last week in the Crimson Tide’s season opener against Utah State.

He was one of nine honorees for Player of the Week via Alabama’s coaching staff. The junior led the team with 70 yards receiving and two touchdowns on five catches. On Monday, Coach Nick Saban told reporters what he’s the proudest of Holden for.

“One of the things Traeshon has gotten so much better at is controlling his emotions and staying in the right place where he can play fast,” Saban said. “Traeshon had a really good camp. He played well in the game, and he is playing fast.

Saban highlighted Holden’s hands and physicality, which both came into play on his second touchdown. He ran an out route, shielded the ball from an Aggies defender with his body, broke a tackle, and scored from 14 yards away. Holden is now embracing his moment as a marquee playmaker. He and his “DB assassin” brother, Jermaine Burton, each recorded two touchdowns.

Holden now looks forward to seeing what he can do versus Texas.