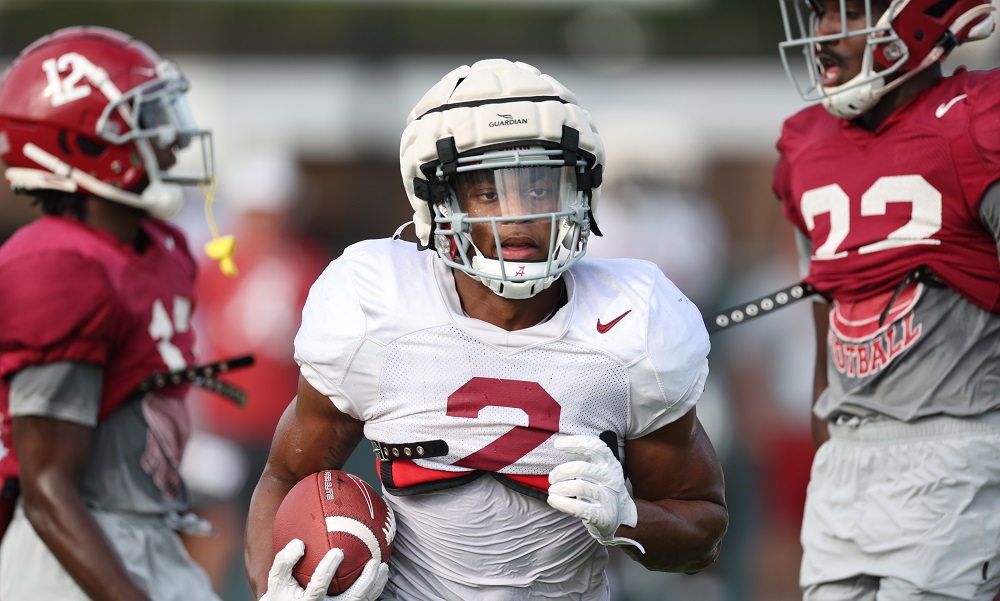 One running back is getting much attention for Saturday’s matchup between Alabama and the Longhorns, and its junior Bijan Robinson.

RELATED: Nick Saban on Texas RB Bijan Robinson: ‘He can do everything’

As a potential Heisman Trophy candidate, Robinson touched the ball 13 times (10 rush attempts, three receiving) for 111 yards and two touchdowns versus Louisiana-Monroe. Alabama’s defensive coaching staff and players are focused on limiting him.

Robinson is explosive, but a back for the Tide is returning this week for homecoming against Texas.

Jase McClellan, a junior, is a native of Aledo, Texas.

He was a superstar across four years at Aledo High School and one of the top prospects from the state in the 2020 recruiting cycle. McClellan totaled 6,468 rushing yards and 122 touchdowns while catching 28 passes for 429 yards and three scores.

He initially chose Oklahoma as his school, but McClellan flipped to Alabama.

The 5-foot-11, 212-pounder had an impactful freshman season with two touchdowns. He turned in five scores in 2021, including three receiving touchdowns, before suffering a knee injury against Mississippi at home. McClellan is healthy again and showed his versatility in Alabama’s win over Utah State. Robinson is talented, but McClellan should have much to say in this matchup.

He has an opportunity to put on a show in front of his family and close friends.

“My family members were Texas fans,” McClellan said Tuesday about his upbringing. “They wanted me to go to Texas, but Alabama was the best place for me. It’s fun to go home. My family is from Texas, so they will get to tune in.”

We could see a 50/50 split in carries between McClellan and Jahmyr Gibbs. Bill O’Brien got creative with both versus the Aggies, having them in the backfield together. He motioned McClellan and Gibbs as receivers and has scripted great play designs for both.

McClellan will have a national stage to show he’s back and intends to use it.