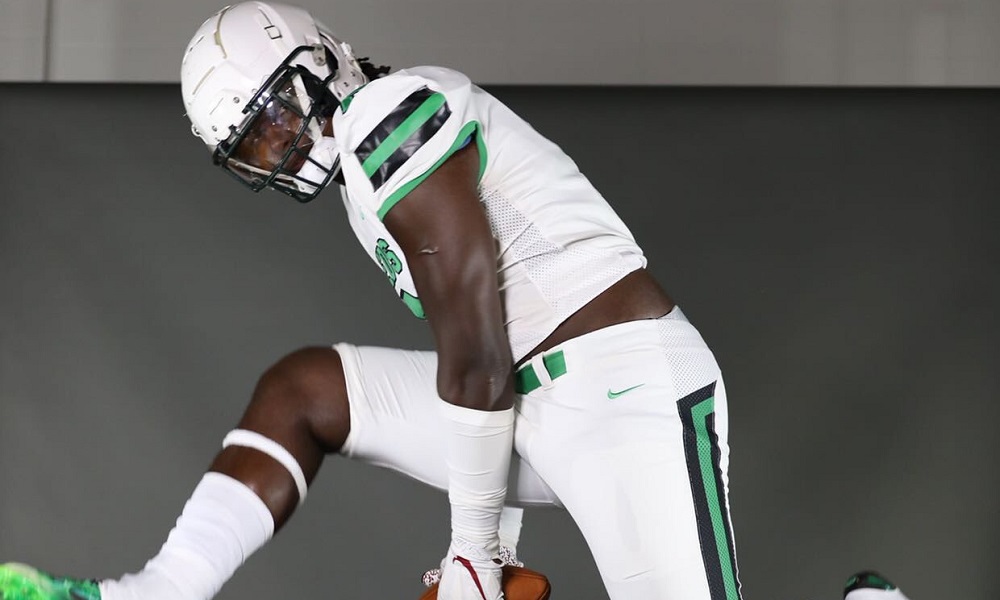 Henderson is rated as a four-star recruit on multiple recruiting sites. The junior currently holds more than 40 D1 offers, including offers from Georgia, Notre Dame and others. Alabama’s defensive line coach Freddie Roach informed Henderson of his offer from the Crimson Tide before Leeds’ game Friday.

“He told me coach Saban watched my film, and he asked since my grandad was an Alabama fan, how would he feel if I had an offer from them,” Henderson said. “I said he would be proud. After that, he said I want to offer you a scholarship to the University of Alabama and told me to dominate tonight.”

Alabama football has hosted Henderson in the past, and he is very familiar with the program. The four-star recruit  said he feels the Crimson Tide will always stick to their high standard.

Nick Saban met Henderson during a camp visit in June of 2021.

“He is a great guy,” Henderson said when asked about Nick Saban. “He is one of the greatest of all time. He is about his business, and I like that he wants all his players to be the best.”

At 6-foot-3 and 233 pounds, Henderson has the ability to play multiple positions across the defensive front. He is explosive off the snap and has displayed an ability to power through blocks. The junior is still growing, and he could continue to add mass to his frame. His future height and weight will determine what position he plays at the next level.

Henderson says he plans to visit Alabama a lot in the future.