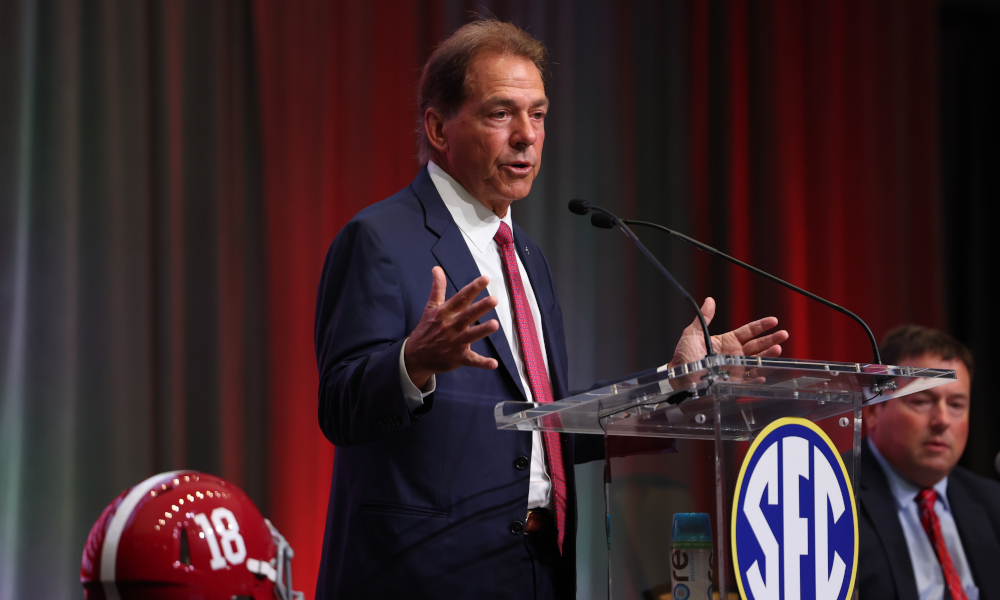 The pressures of being a college athlete have often been overlooked in the past, but more and more universities are pushing for a change.

Creating an environment and system to help support student-athletes has been something Alabama and head coach Nick Saban have addressed over the past several years to try and best support the players.

One member of the Crimson Tide who is constantly under the microscope is quarterback Bryce Young who discussed some of the pressures athletes face at the college level.

“I feel like a lot of times athletes can be put on this pedestal, and as athletes, we can internalize that,” Young said to NBC’s Stephanie Gosk. “We can feel like we’re looked at a certain way, we should be great at everything. It should come easy. That’s just not the case.”

Addressing mental health isn’t like diagnosing a knee injury, it’s something that needs to be verbalized which can be difficult in and of itself for athletes to ask for help. In the past, this has proven to be difficult, but Saban shared that athletes have become much more open about asking for support.

“I don’t think it’s as difficult now as it used to be,” Saban said. “Because I don’t think the players look at it as ‘I have something wrong with me.’ They look at it more like, ‘maybe I could use the help.’ And it’s always good to emphasize with people to take help when help is there to be given. It’s not a bad thing.”

One form of help that Alabama provides to its players comes in the form of 20 behavioral health professionals at the university that includes the school’s sports psychologist Dr. Bhrett McCabe.

The external pressures athletes can face from society can weigh on players, especially at programs like Alabama, but Saban believes there’s a process to take to help address and ultimately overcome the hardships.

“You have to go back to being technical,” Saban said. “Why did this happen? And what can I do to fix it? Rather than being so focused on the criticism and what everybody else thinks because you control your thoughts, you control your feelings.”

The full interview can be seen on NBC’s streaming service, Peacock, on Tuesday.