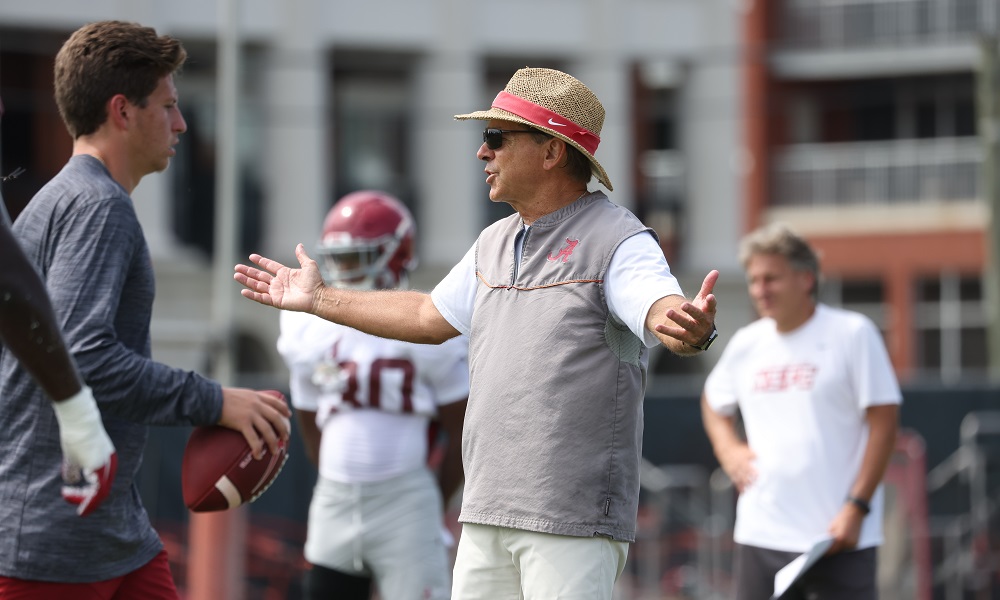 Despite a few clashes on occasion, Nick Saban gained a helpful tip from the media during his Wednesday press conference that may have potentially saved Alabama a 15-yard penalty.

During his conference, Saban was asked by a member of the local media if he had addressed the “horns down” hand gesture (the opposite of Texas’ hook’em horns gesture) being a penalty. Saban confused was not aware and thanked the media for the tip and said he would address it with the team later on.

Nick Saban was not aware of the “Horns down” gesture being a penalty.

The media may have just saved Alabama 15-yards. pic.twitter.com/1Aj4i0wKy7

The rule was implemented in 2019 that the gesture could be considered taunting if down towards a member of the Longhorns.