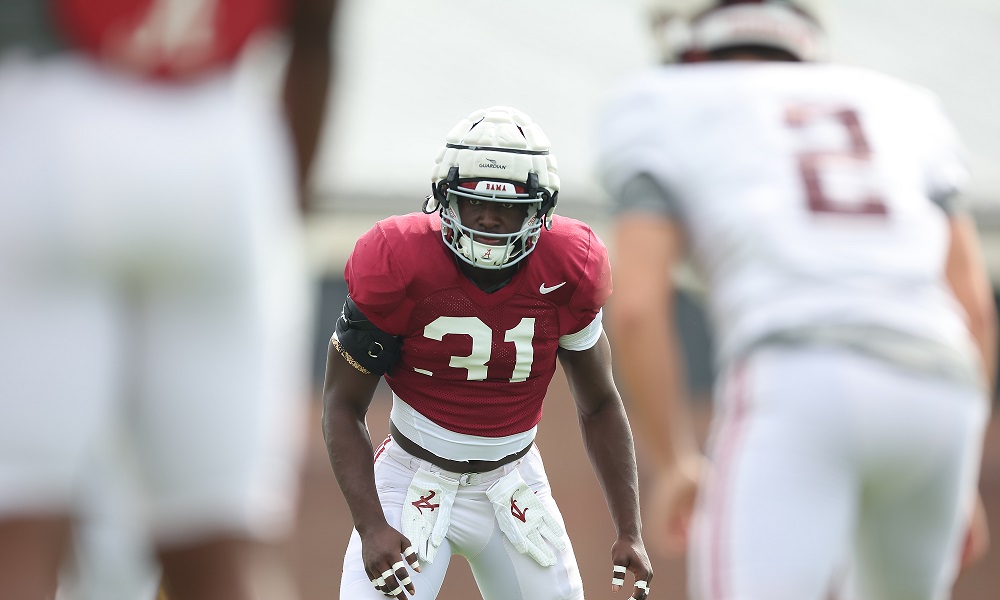 Both national media groups will be at Darrell K Royal-Texas Memorial Stadium for Alabama versus Texas at 11:00 am CT.

The Crimson Tide has its first test against Steve Sarkisian and the Longhorns. Texas is looking for an upset victory to appease its fans and return to relevancy. Alabama wants a dominant showing to see where it is to its championship goal. Texas has several talented players on offense and defense, but the Tide won three of four hostile road games (loss came to Texas A&M) in 2021.

Coach Nick Saban understands the challenge, but he has Alabama prepared. The keys to victory for the Tide are below.

Bijan Robinson wants to punch Alabama in the mouth and run wild.

He is one of the nation’s most talented running backs, and Robinson accounts for 95 percent of Texas’ offense.

Steve Sarkisian will scheme many ways to isolate him in favorable matchups. The linebacker, defensive linemen, and defensive backs for the Tide must know where Robinson is and run to the ball. Alabama cannot afford to have Robinson deliver a performance of 300+ total yards and multiple touchdowns. Saban stated ‘he can do everything’ as a playmaking back.

RELATED: Why 5-Star recruits James Smith and Qua Russaw are a package deal

Pete Golding and the Tide can’t let Robinson have a monster game.

Crowd noise will be in effect when Alabama’s offense has the ball.

Darrian Dalcourt and the offensive line must have silent counts and clap counts with Bryce Young to combat the crowd.

Play execution is critical for run blocking and pass protection. Texas has players on its defensive front – including DeMarvion Overshown – that can stop Alabama’s rushing attack.

The Crimson Tide has to man block and zone block well to give Jahmyr Gibbs, Jase McClellan, Roydell Williams, and Trey Sanders opportunities. Bill O’Brien wants to take downfield shots with Traeshon Holden, Jermaine Burton, Kobe Prentice, and others against the Longhorns’ secondary, but Dalcourt and the interior linemen (guards) have to keep pressure from Young up the middle. Alabama will dominate this matchup if the communication and execution are strong up front.

Quinn Ewers has not faced a defense like Alabama’s.

The first-year quarterback wants to test the technique of the Crimson Tide’s cornerbacks with downfield passes, but will Ewers have time? After not recording a sack against Utah State, Will Anderson and company must affect the young signal-caller. Coach Saban said the Tide will ‘disguise looks and force Ewers to read them,’ but the edge rushers need to hit home for sacks.

If Alabama creates sacks, it gives the secondary a chance at getting turnovers.

The Tide needs to win on third downs and get off the field.