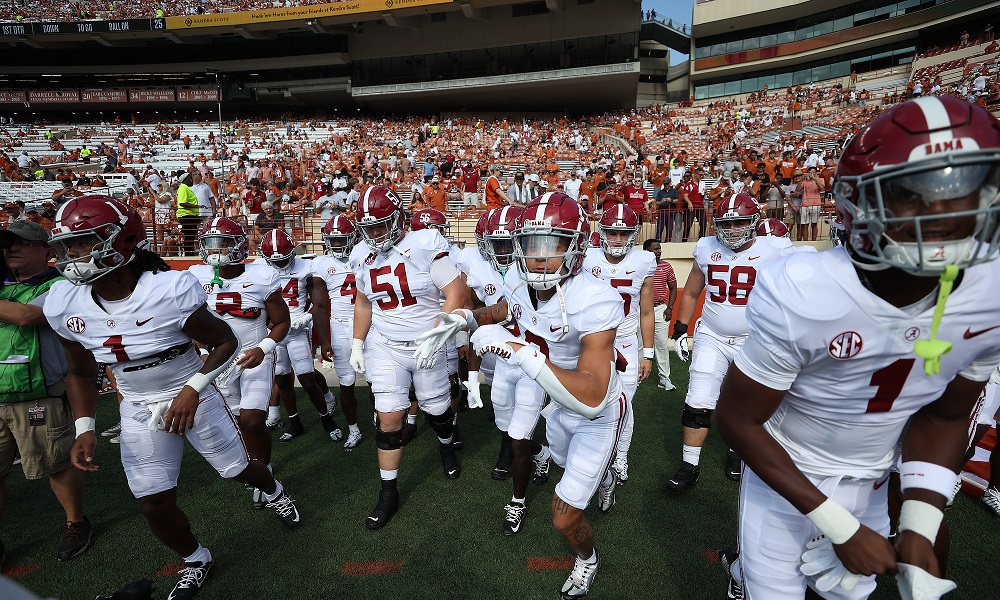 Alabama took a slide in the AP Top 25 poll which was released Sunday afternoon.

The Crimson Tide had a narrow 20-19 victory on the road against unranked Texas and was able to escape thanks to a late field goal by kicker Will Reichard with 10 seconds remaining.

Reclaiming the top spot in the rankings are the defending national champions, Georgia, who blew out Samford 33-0 in its first home game of the season.

Rounding out the top four is Ohio State at No. 3 and just behind the Buckeyes are its rival Michigan.

Below is the full AP Top 25 following Week 2:

Alabama did not slide in the Coaches Poll rankings as it kept its No. 1 spot ahead of Georgia despite the close win.