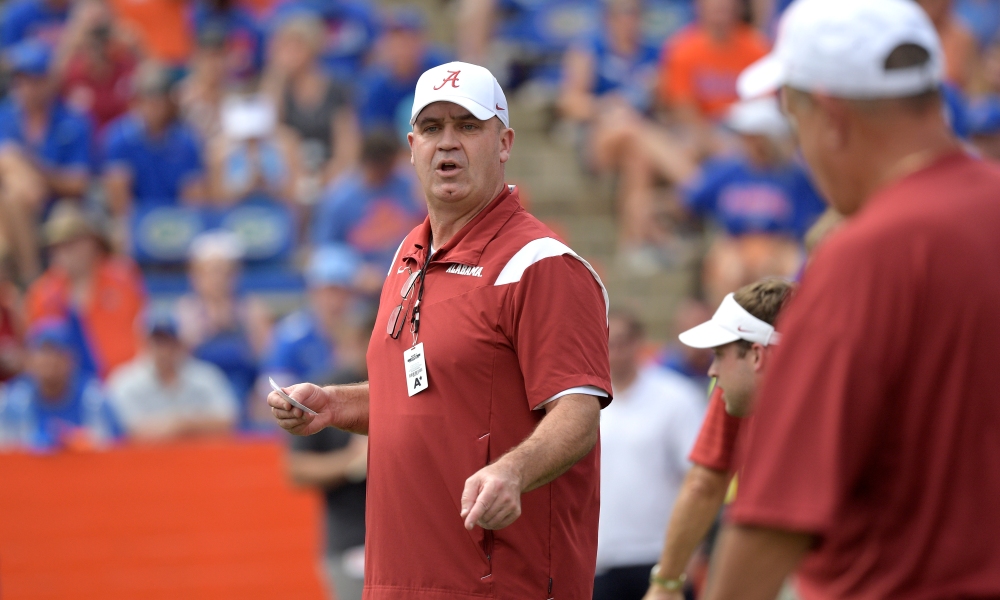 We are in the third game of Alabama’s season and Tide fans want Bill O’Brien out of Tuscaloosa.

They are sounding off on Twitter about O’Brien’s offensive play-calling against Louisiana-Monroe.

Alabama failed to execute on some drives in the second quarter.

O’Brien has been rumored as a possible head coaching option to replace Scott Frost at Nebraska. Crimson Tide fans would be more than happy to give him to the Cornhuskers. Alabama leads ULM, 42-7, but fans are letting O’Brien have it on social media.

Pete Golding and Bill O’Brien arguing over who is the worse play-caller. pic.twitter.com/4A9LEd7n8z

Bill O’Brien looking at Pete Golding after he leads Alabama’s offense to another 3-and-out pic.twitter.com/2CZbrXSaN0

Bill O’Brien might be the worst offensive coordinator in the Nick Saban era.