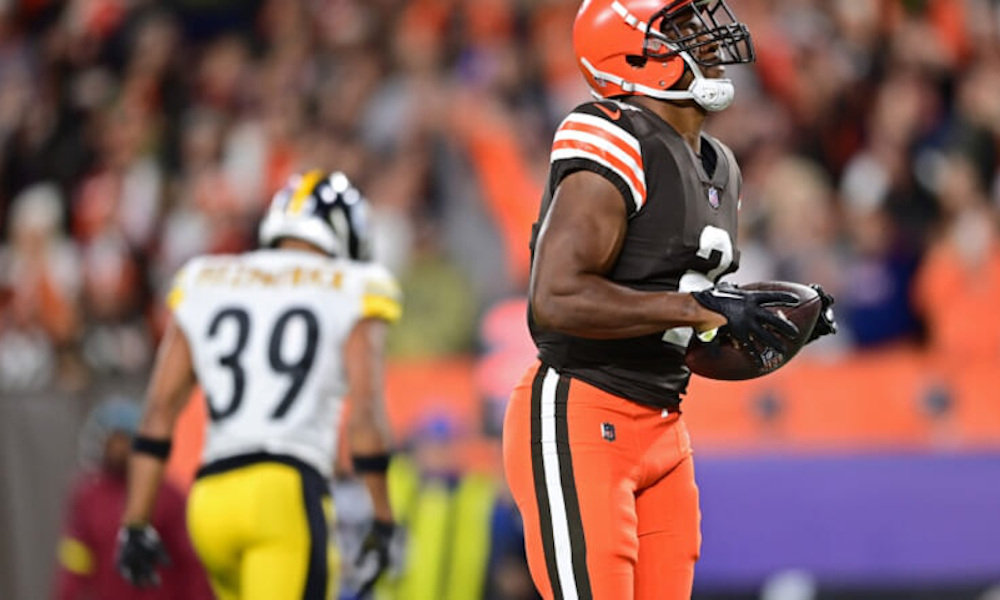 Amari Cooper is still among the elite in the National Football League at wide receiver.

He got traded from the Dallas Cowboys to the Cleveland Browns for a fifth-round pick and a swap of sixth-round picks, but Cooper has found a rhythm in returning to the AFC. As a South Florida native, he started his career in the AFC as he got selected at No. 4 overall in the 2015 NFL Draft by the Oakland Raiders (now Las Vegas Raiders). Cooper played 52 games for the Raiders from 2015 to 2018 — totaling two 1,000-yard seasons, 19 touchdown receptions, and two Pro Bowl appearances. He made two Pro Bowls for the Cowboys (2018, 2019) and had two 1,000+ yard receiving campaigns in 56 games. Cooper dealt with a few injuries in his career, but he is now healthy. He’s turned in back-to-back 100-yard outings for the Browns, who are 2-1 this season.

Cooper posted a game-high 101 yards receiving on Thursday Night Football with a touchdown on seven catches against the Pittsburgh Steelers. As a veteran, he showed off his excellent routes, speed, hands, and savviness — averaging 14.4 yards per reception against a good secondary. Jacoby Brissett targeted Cooper 11 times in Cleveland’s 29-17 victory at home.

He won the Fred Biletnikoff Award, earned Unanimous All-American honors, made first-team All-SEC, and won a BCS National Championship in three years (2012-14) at the University of Alabama.