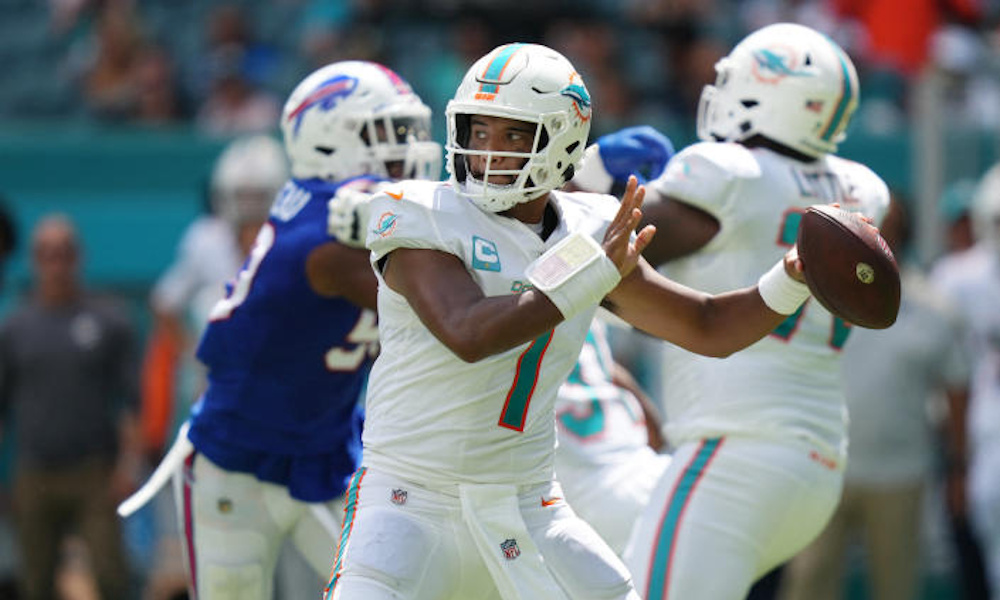 Tua Tagovailoa is destroying the narrative that national media created before our eyes.

He is throwing deep passes, stretching defenses out, and defeating the best young quarterbacks in the National Football League.

RELATED: WATCH: Quinnen Williams has heated exchange with a Jets coach on the sidelines

After beating Lamar Jackson, Tagovailoa outlasted a rival in his division. Josh Allen is a tremendous talent for the Buffalo Bills and an elite-level playmaker. Tagovailoa battled through an injury, leading the Dolphins to a 21-19 victory. He drove the team downfield in the fourth quarter for 72 yards on six plays. Miami finished the drive with a touchdown to take a 21-17 lead after trailing 14-17 to enter the final quarter. Tagovailoa completed big passes on the last drive, including two to Jaylen Waddle.

.@Tua working on another comeback? 👀

He finished with 186 passing yards and a touchdown.

The numbers were not fancy, but the Dolphins are 3-0 and Tagovailoa is the reason for it. He is having fun, playing with confidence, and is in control of the team. Miami is an exciting group to watch, and the native Hawaiian is leading it.