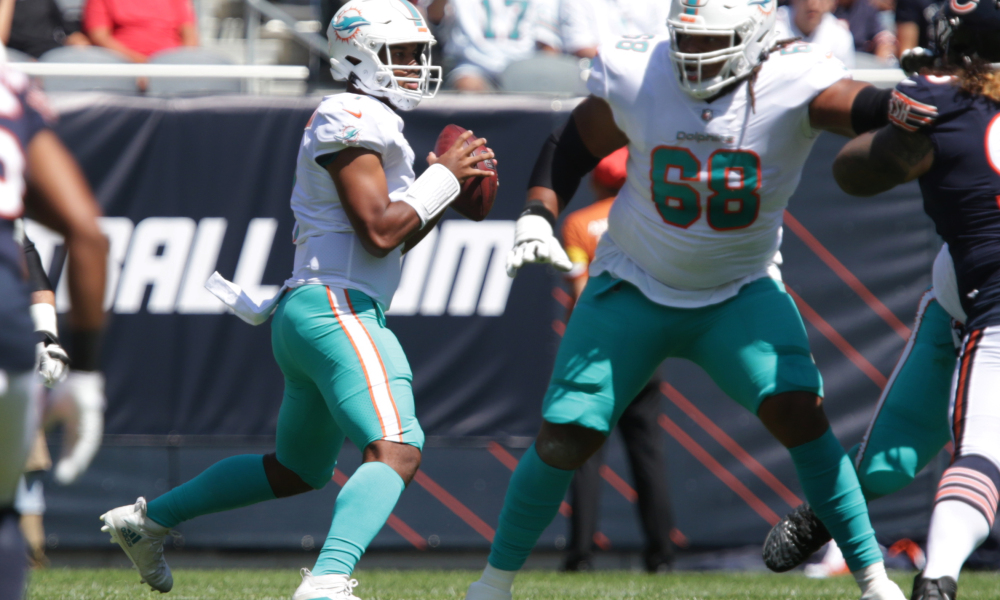 Near the end of the first half of Sunday’s game between the Miami Dolphins and Buffalo Bills, quarterback Tua Tagovailoa left the game and headed to the locker room to be evaluated for a concussion.

Tagovailoa took a hit from Bills linebacker Matt Milano which prompted him to leave the game.

According to NFL Network’s Ian Rapoport, Tagovailoa is questionable to return to the game.

Officially: Tua Tagovailoa has a head injury and is questionable to return. https://t.co/P3GPWCnTf3

Prior to his injury, Tagovailoa had completed 8-of-10 passes for 76 yards and a touchdown as the teams went to halftime tied 14-14.

Tagovailoa is back in the game at quarterback out of the half.