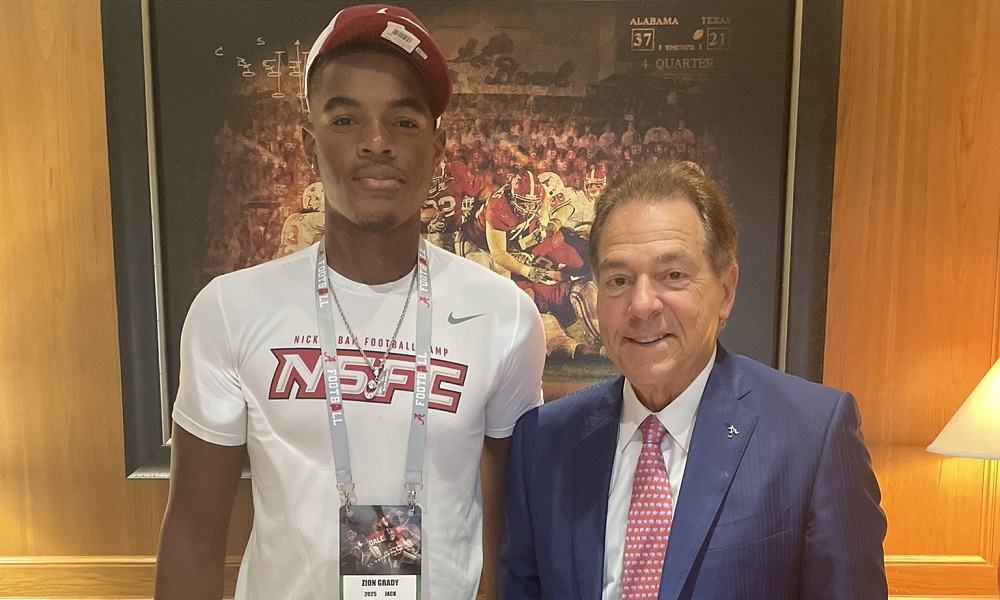 Zion Grady returned to the University of Alabama Saturday for an unofficial visit, and he earned an offer from the Crimson Tide.

Nick Saban informed Grady of his offer from the Crimson Tide in his office Saturday before Alabama defeated Vanderbilt. The Alabama offer left the 2024 prospect filled with excitement.

“I was beyond excited,” Grady said. “I could not stop smiling. That is a first-class program, from the coaches to the faculty to the tour guides.”

Grady watched Alabama’s defense in action live Saturday against the Vanderbilt Commodores. He had his eyes glued on the most dominant player in college football.

“Getting to see the defense work, especially will Anderson was one of the highlights of the day,” said Grady. “I feel we play the same role. I think I will fit in perfectly. That is one thing that stood out to me. They see me playing the Anderson role.”

At 6-foot-4 and 235 pounds, Grady is a versatile defensive lineman with experience rushing stand up from the edge and playing with his hand in the ground. He has an explosive first step and can time the snap of the football extremely well. Alabama’s coaching staff told Grady they loved his ‘athleticism’ and how he uses his ‘hands to attack’ after he camped in Tuscaloosa in June.

Grady has the potential to be a five-star recruit in the future. His offer list is projected to keep growing.