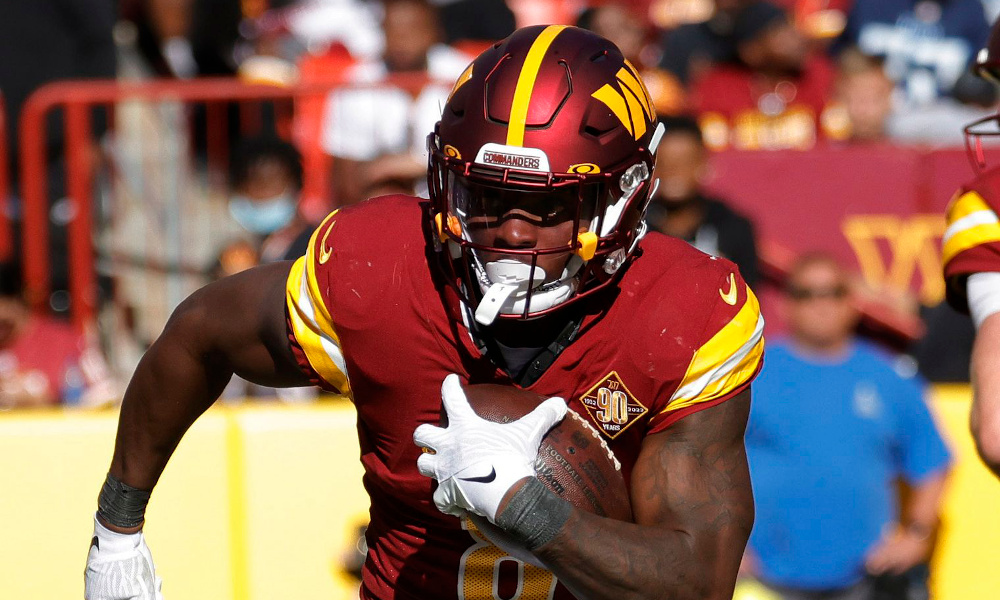 Brian Robinson’s comeback story gets better with each moment.

It could have easily gone bad for him on August 28 when he got shot multiple times in the lower body during an attempted robbery in the Washington, D.C. area. He endured surgery and rehab, but the remarkable thing for Robinson is how he pushed his way into a starting opportunity for the Washington Commanders. He ran out of the tunnel to 50 Cent’s song “Many Men” in his first game of the season against the Tennessee Titans. Robinson, a University of Alabama alum, made his first start Thursday night versus the Chicago Bears. He was one of the biggest highlights in a low-scoring affair. The third-round pick of this year’s NFL Draft led the Commanders in rushing with 60 yards on 17 carries, including a long run of 16 yards. He ran with power, determination, vision, and other tools that made him a 1,300-yard rusher during his final season at Alabama in 2021.

Touchdown @BrianR_4. What a moment for him! 🙌#WASvsCHI on Prime Video
Also available on NFL+ https://t.co/0NxrLlxiBS pic.twitter.com/dsXFRN1nwe

.@BrianR_4 gets a win in his first career start 🙌 #WASvsCHI pic.twitter.com/qtw25MxsLF

Robinson found the end zone numerous times for the Crimson Tide, but his first professional touchdown came in the fourth quarter on a 1-yard run to give Washington a 12-7 lead. The Commanders won by the same score, earning its second victory of the campaign. Robinson thanked the fans after the game and signed several autographs. He is back doing what he loves the most.

Robinson will take on Aaron Rodgers and the Green Bay Packers on Sunday.