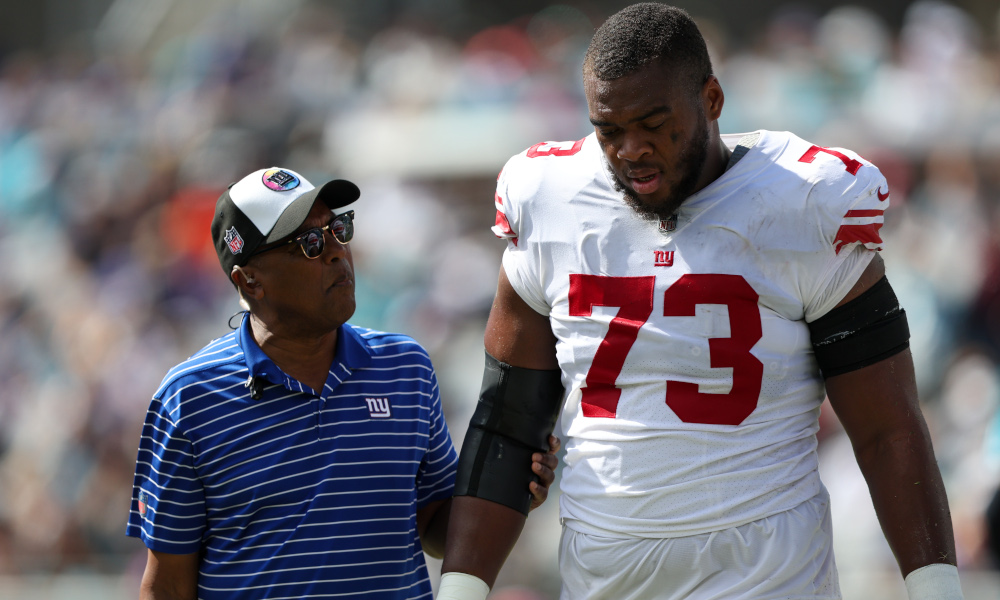 The New York Giants are 6-1, including four straight victories.

New York earned a 23-17 victory in Sunday’s matchup against Jacksonville, but it came at a cost. Evan Neal, a former Alabama football alum, suffered a medial collateral ligament (MCL) injury to his knee. Neal was the first selection Brian Daboll and the Giants made in the NFL Draft at No. 7 overall. He earned Consensus All-American and first-team All-SEC honors in 2021.

The initial belief is #Giants RT Evan Neal suffered an MCL injury, per source. He’ll have more tests to determine the full extent.

Per Tom Pelissero of NFL Network, Neal will have more tests to determine the full extent of the injury.

Hopefully, he will make a full recovery.