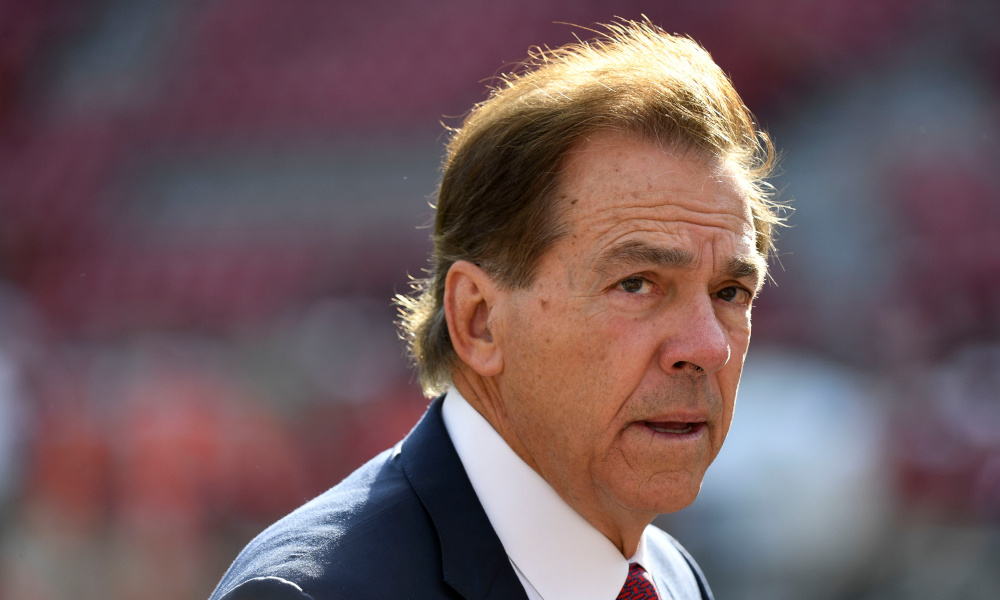 Alabama football suffered its first loss of the season against Tennessee earlier this month, and Nick Saban feels the Crimson Tide have shown some improvement after the defeat.

The Tide defeated Mississippi State in Bryant-Denny Stadium last Saturday to rebound from the loss to the Vols. Alabama’s defense performed noticeably better against the Bulldogs as they were able to limit Mike Leach’s offense to six points. Saban highlighted Alabama’s defense as an area of improvement during the SEC coaches teleconference Wednesday.

“I liked the way we competed in the game against Mississippi State,” Saban said. “They are two different teams with two different styles of play. We talked about the things that we want to try to do better. We did not run the ball great in the game, so that is certainly a focus of improvement for us this week. We played a little bit better on defense, and hopefully, we can build on that.”

Alabama football struggled to establish the run game in its win over Mississippi State. Jahmyr Gibbs led Alabama in rushing yards with 37 carries. Jase McClellan and Roydell Williams accounted for 16 yards combined on the ground.

Fortunately for Alabama, they had an opportunity to use their BYE week to focus on improving their run game and other problem areas.