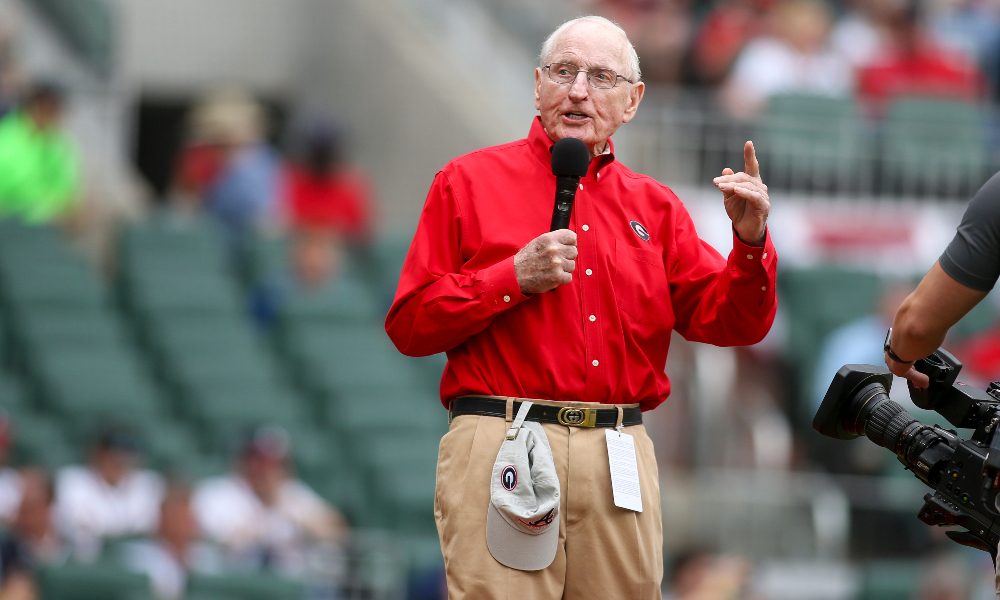 The University of Georgia announced the passing of former head football coach Vince Dooley on Friday. Dooley, 90, died peacefully at home amongst his loved ones.

“Vince Dooley was one of my favorite people in the world and a wonderful friend to the entire Saban family,” Saban said in a release. “Vince represented the University of Georgia and all of college football with tremendous integrity and class as both a coach and athletics director. No place was that more evident than his impact on the young men he led over a lifetime as a coach. Terry and I are deeply saddened to learn of his passing and our thoughts and prayers go out to his wife Barbara and their entire family. He will be missed by many.”

Dooley served as the head coach of the Bulldogs from 1962-88 and is the winningest coach in the football program’s history with a total of 201 wins. He also helped lead the Bulldogs to six SEC championship titles and won the 1980 national championship.

Following his coaching career, Dooley was Georgia’s athletics director from 1979-2004.

Dooley is also a member of the College Football Hall of Fame and the Georgia and Alabama Sports Halls of Fame.