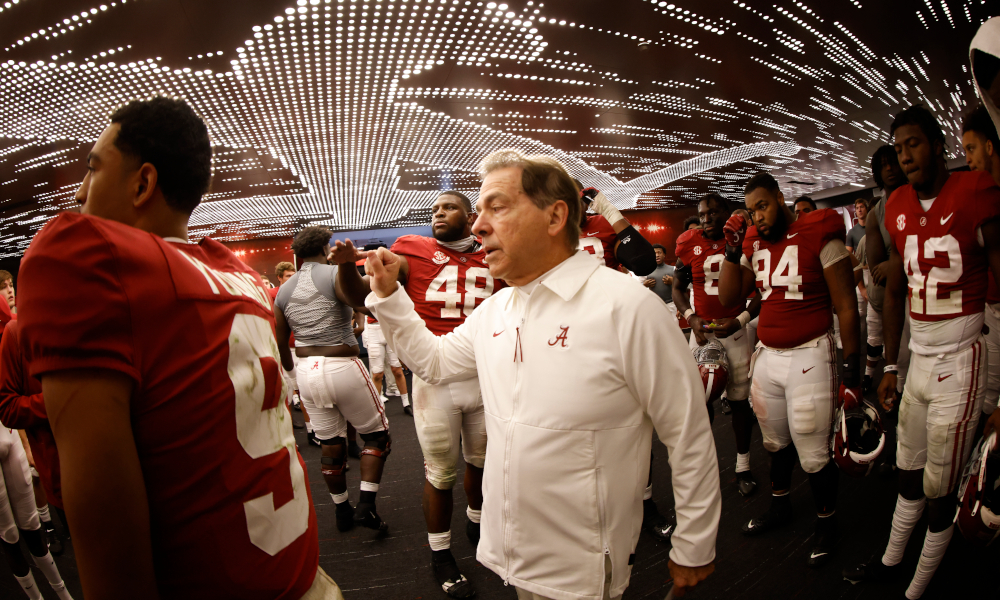 Before the team celebrates his day, Saban received the best birthday post from his family. Kristen Saban Setas, Saban’s daughter, honored her father on Instagram. She posted a photo from Saban’s 70th birthday having fun with the players in the film room.

Saban is wearing shades and a smile in the photo. She captioned the picture, “Happy Birthday to the greatest everything.”

He starts his day with love from his family, but Saban also knows it is LSU week. Alabama has a chance to win the SEC West with a victory over the Tigers in Death Valley. Since 2012, the Crimson Tide has won the last five matchups against LSU at Tiger Stadium. LSU looks to make this one competitive in Brian Kelly’s first season as head coach.

For now, Saban is focused on enjoying his birthday as a six-time national champion for the Tide.