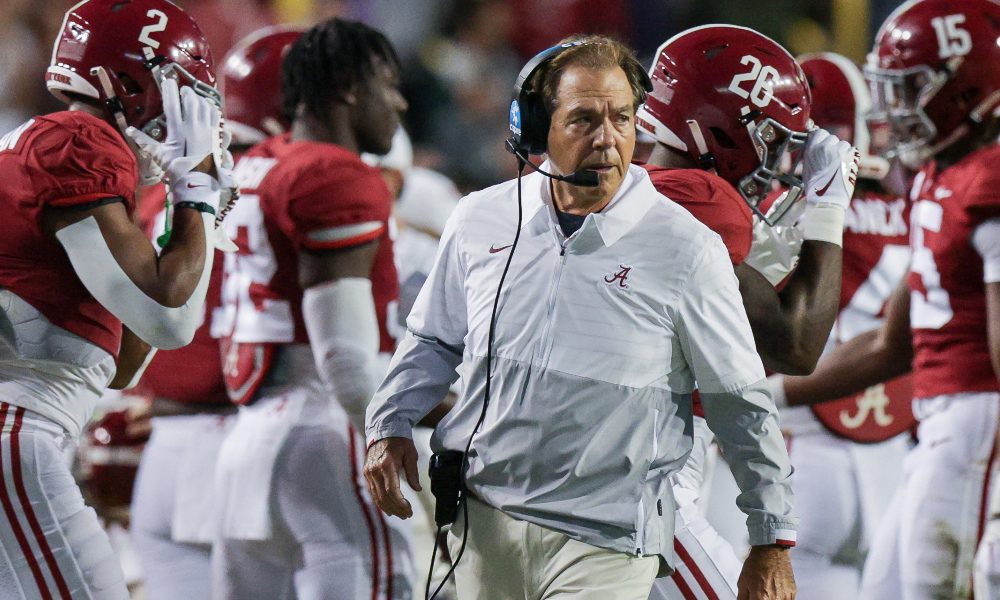 Alabama will not be in the running for a Southeastern Conference Championship or the College Football Playoff, but is something greater being lost as well?

Dallas Warmack, a former Crimson Tide offensive lineman, hinted at a terrifying thought for Tide fans on Twitter after Alabama suffered its second loss to Louisiana State University at Tiger Stadium. The former two-time CFP National Championship posted ‘end of an era.’ Warmack is hinting at Nick Saban’s dynasty run of national championships being over. Several fans commented under Warmack’s post agreeing with him. Alabama has not had the discipline, energy, effort, and effectiveness as teams in the past.

end of an era.

Sad but true. It’s been a good run.
Thanks to Coach Saban & all the players & coaches who made it happen.

Yup. As much as I hate to say it…Kirby is younger and coming for those titles! At the rate UGA is going…he will surpass Saban’s natties.

Coach Saban has a lot to do this offseason to get the ship back right, but Warmack’s post has a lot of people thinking.