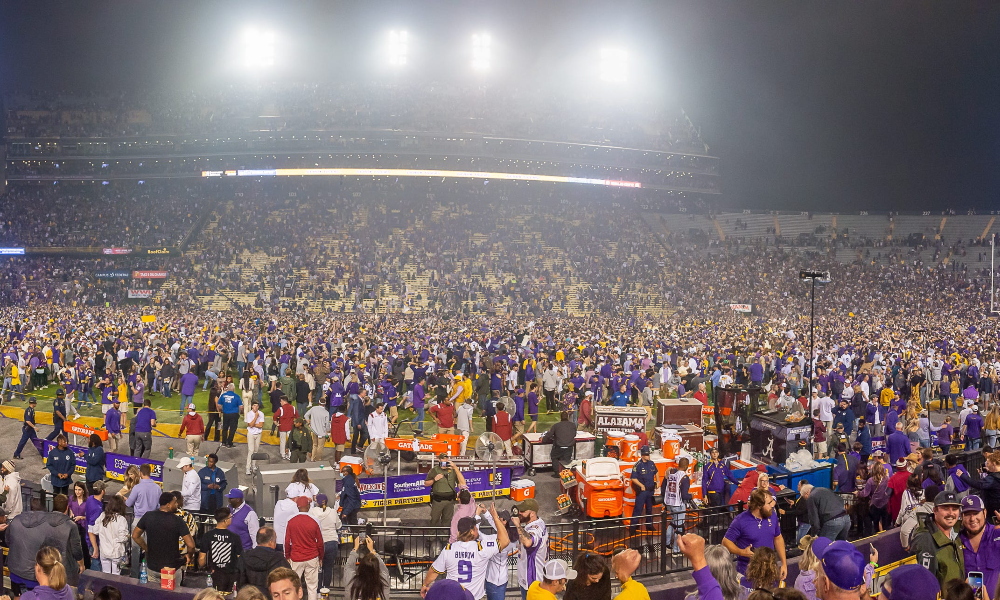 It was the first time the Tigers defeated the Crimson Tide at home since 2010 and its fans took advantage as it stormed the field once the team secured the overtime victory.

But the chaos brings a sense of danger from the raucous crowd, especially for members of the Alabama staff.

As the fans rushed the field an LSU fan was nearly arrested for overstepping his boundary with Alabama Assistant Director of Player Development Evan Van Nostrand.

Alabama staffer needs police escort off the field after LSU fans get in his face. pic.twitter.com/sSHuGuhrPT

Van Nostrand, a Purple Heart Veteran, was flanked by police officers when the fan confronted him but luckily was shifted away from the situation before any extra occurred.