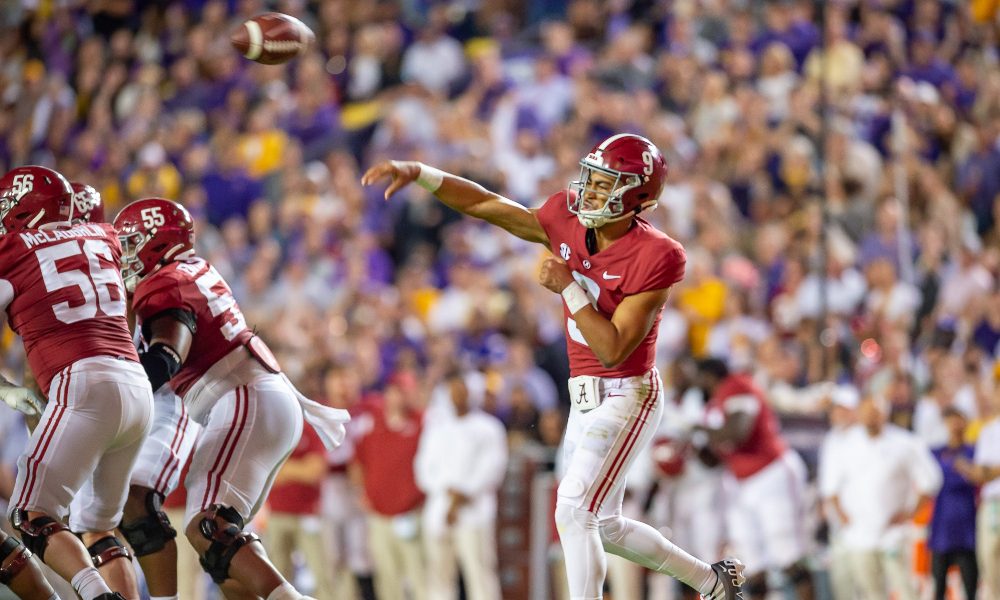 Alabama football’s chances to reach the College Football Playoff are incredibly slim, but the Crimson Tide do have an opportunity to play in a New Year’s Six bowl.

The Tide will not play in the SEC Championship after their win over Ole Miss Saturday helped LSU clinch the SEC West. Alabama is 8-2 ahead of its matchup against Austin Peay this weekend. Nick Saban and company are currently projected to play in either the Orange, Sugar or Cotton Bowl, according to multiple outlets.

One ESPN projection also has Alabama taking on Clemson in the Orange Bowl. Another projection by ESPN has the Tide facing UCF in the Cotton Bowl.

Alabama will look to finish its regular season strong with wins of Auburn and Austin Peay.