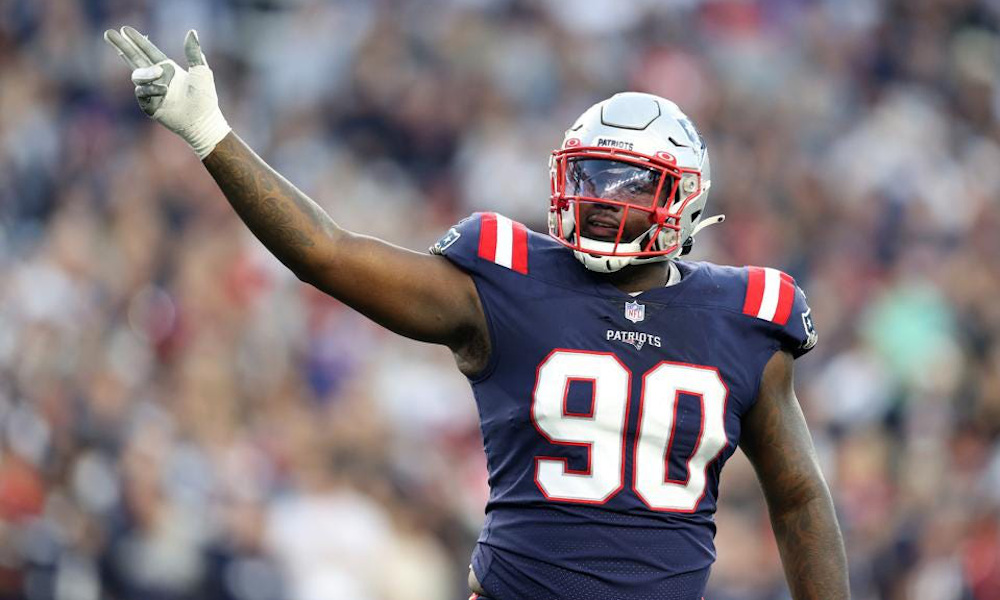 The New England Patriots will try for its sixth victory against the New York Jets on Sunday, but it will be down a defensive lineman.

Christian Barmore, an Alabama football alum, has been ruled out because of a knee injury.

RELATED: How to watch, listen to Alabama vs. Austin Peay

ESPN’s Mike Reiss and Field Yates reported the news as the former second-round pick has dealt with injuries all season. Barmore has 15 tackles, a sack, and a tackle for loss in six games. He showed tremendous potential as a rookie in 2021 with 46 tackles, three tackles for loss, 1.5 sacks, and two passes defended. The 6-foot-4, 310-pounder has been placed on injured reserve.

The Patriots have ruled out DT Christian Barmore (knee) for Sunday’s game against the Jets, which is a surprise as he had been tracking towards playing.

Meanwhile, P Jake Bailey (back) is being listed as doubtful, opening the door for Michael Palardy to be elevated from p-squad.

The Patriots have placed DT Christian Barmore on IR, as he’s now out four more games.

He came to the University of Alabama as a four-star from Pennsylvania in the 2018 class. Barmore assisted the Crimson Tide to two Southeastern Conference Championships (2018 and 2020) and a College Football Playoff National Championship in 2020.

He led the Tide in sacks (eight) and had 9.5 tackles for loss in 2020. Barmore totaled six quarterback hurries, three pass breakups, and three forced fumbles. Hopefully, he can get healthy and make an impact on the Patriots.