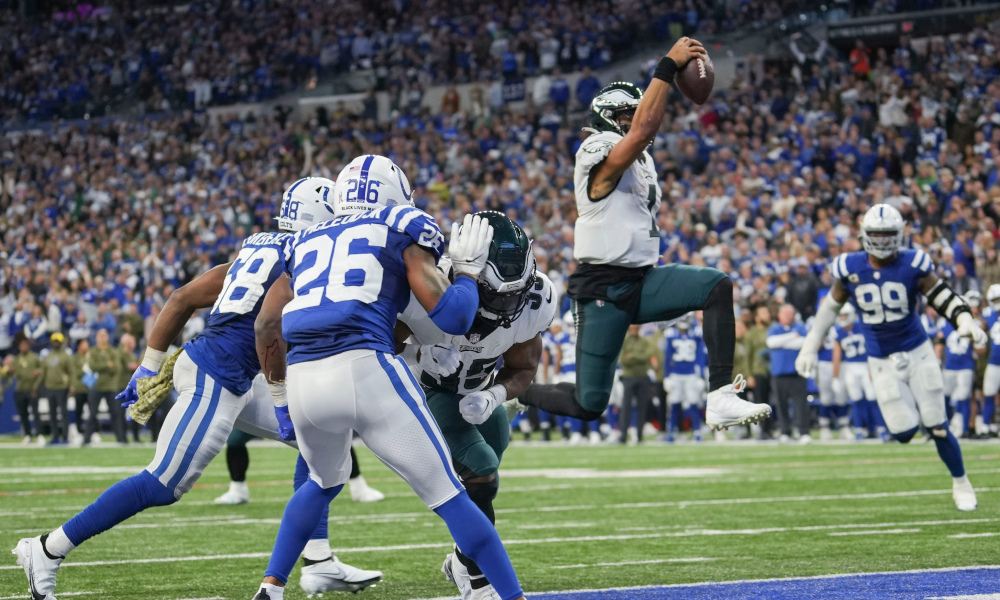 Jalen Hurts showed another trait in Sunday’s matchup between Philadelphia and Indianapolis that proves he is a dynamic quarterback.

He knows he excels when plays with a lead, but the former Alabama signal-caller delivered the Eagles to a comeback victory against the Colts on the road. Hurts made several critical plays and put the team on his back in a 17-16 victory.

RELATED: Alabama football stays at No. 8 in Sunday’s AP poll

Philadelphia’s offense struggled for three quarters; however, Hurts led a drive that brought life to the team. He engineered a 60-yard drive in five plays early in the fourth quarter that ended on a 22-yard touchdown pass to Quez Watkins. Hurts finished the game by doing something reminiscent of his game-winning Southeastern Conference Championship drive for Alabama in 2018.

He took the Eagles downfield in 11 plays for a 75-yard drive. The possession started with 4:37 remaining in regulation and Philadelphia trailing, 16-10. Hurts converted a pivotal fourth down and capped off the drive with a 7-yard rushing touchdown.

He completed 18 of 25 passes for 190 yards and totaled two scores while having 86 yards rushing.

Hurts lifted the Eagles to 9-1 on the season after coming off its first loss to the Washington Commanders.

He is playing at an MVP level as he tied for ninth in the National Football League for passing touchdowns (15). Hurts has 23 total touchdowns to three interceptions. Since Philadelphia’s season opener against Detroit, Hurts has completed at least 60 percent of his passes — including four games with a 70% completion rating or better. He’s compiled a passer rating of 100 or higher in six matchups this season.