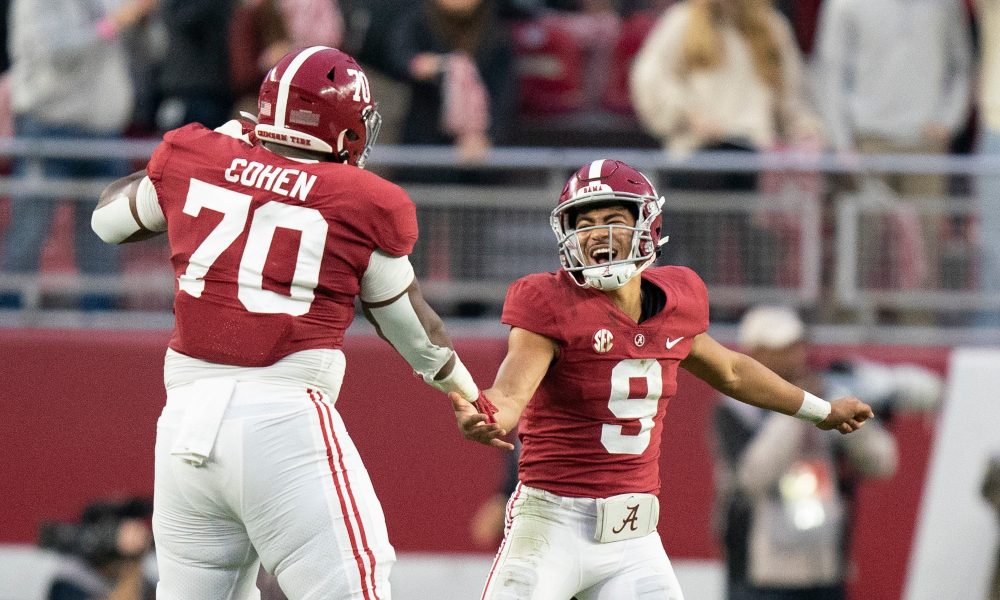 In 2022’s edition of the Iron Bowl, Alabama fans witnessed something uncommon this season.

The Crimson Tide, heavily scrutinized by fans and former players for not playing to its standard, did so on Saturday as it won a blowout against Auburn.

Perhaps the biggest tell of the change in performance came from the game plan put together by offensive coordinator Bill O’Brien. O’Brien had caught a good deal of criticism this season but appeared to open the playbook up too much success early on in the game with an emphasis on run-pass options and motion.

This allowed quarterback Bryce Young to get back to his old self, playing within the offense rather than pulling a rabbit out of his hat to move the sticks. Young was dominant all night long, completing passes to eight different receivers and pushing the ball down the field for big plays which was another foreign sight for Crimson Tide supporters.

Wide receiver Jermaine Burton, who’s had a string of good games late in the season, continued his performance into tonight’s game. Burton and Young connected on a 52-yard reception in the first half which was one of the biggest plays of the game. Young also saw big passes to Ja’Corey Brooks for a touchdown and freshman Kendrick Law who picked up a key first down early on.

One of Young’s few mistakes in the game came during the fourth quarter when he threw a late interception to linebacker Owen Pappoe.

The same dominant performance couldn’t quite be said for the defense as the Tigers’ unique run style gashed Pete Golding’s unit. Led by quarterback Robby Ashford and running back Tank Bigsby, Auburn rushed for over 260 yards on the night which included some poor tackling and angles from the Crimson Tide.

Despite the rushing attack, the unit was able to hold the Tigers to 27 points on the night which was comfortably enough to secure the victory. The group was led by linebacker Deontae Lawson who had 9 tackles on the night as he got the call to start ahead of the matchup.

Alabama will now await the College Football Playoff rankings on Tuesday with its chances of heading to the postseason slim but surprisingly still intact after tonight.