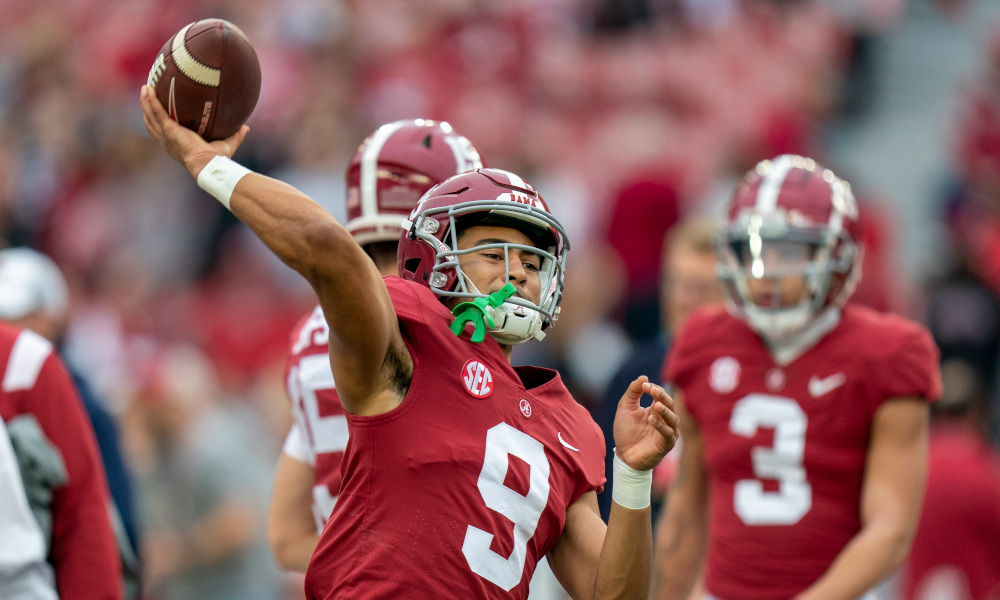 Alabama’s fans and players came out with intensity for the Iron Bowl.

Young has 31 total touchdowns on the season as the Tide took a 35-14 lead over Auburn into halftime.

Jahmyr Gibbs was Alabama’s leading rusher with 33 yards on five carries. He averaged 6.6 yards per rushing attempt and looks good coming off a twisted ankle injury against Ole Miss. Gibbs did not play last week versus Austin Peay. Roydell Williams, a junior, is the lone back with a rushing touchdown. He scored from five yards out in the second quarter for the Tide.

Eight different receivers caught a pass from Young, but Jermaine Burton had the long play of 52 yards. Burton leads Alabama in receiving yards (70) on two catches. Ja’Corey Brooks leads the Tide for catches (three) and has 67 yards, including a 32-yard touchdown in the second quarter. Kendrick Law, a freshman, has 52 yards on two receptions, including a long 39-yard catch to keep a drive going in the second quarter. Traeshon Holden had one reception, but it went for a 27-yard touchdown.

The Tide averaged 9.6 yards per play and Bill O’Brien had scripted good plays.

Deontae Lawson leads the Tide’s defense with five total tackles. Brian Branch has four tackles, including one for loss. Henry To’oto’o, Jordan Battle, and DeMarcco Hellams each have three tackles. Dallas Turner has two quarterback hurries. DJ Dale, a senior defensive lineman, collected the turnover Alabama got on defense. He recovered a fumble in the second quarter. The Tide had six pressures on Auburn’s quarterback Robbie Ashford and held the Tigers to two conversions on third down, despite six attempts. Auburn entered the matchup with high energy behind Carnell “Cadillac” Williams, but the Tide has matched it.

Alabama will get the ball to start the second half.