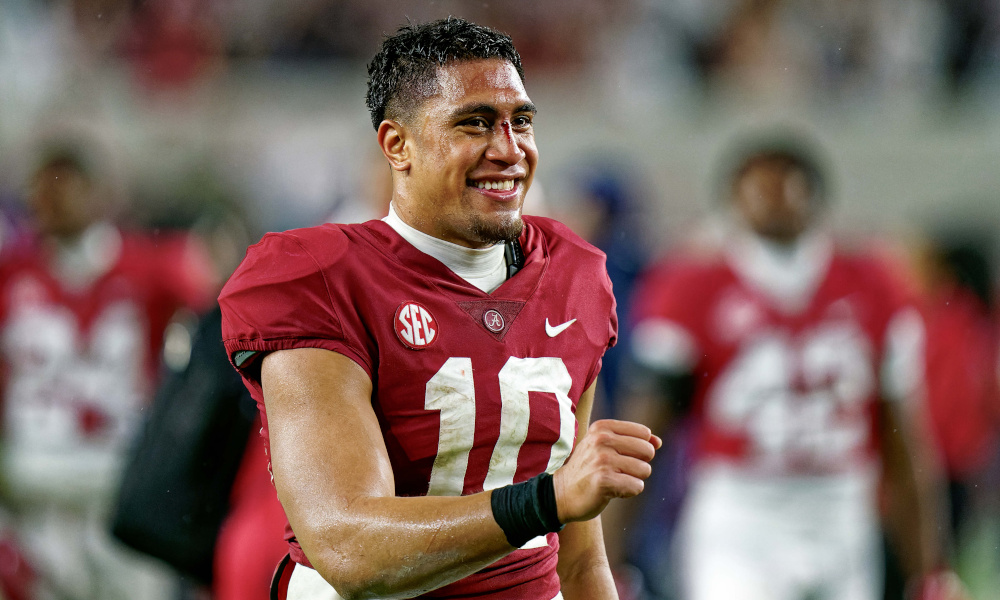 Some college football players have started accepting invitations to the Senior Bowl.

Nothing has been reported on an Alabama player accepting an invitation; however, a pair of Crimson Tide players have been named to the Senior Bowl’s All-America Defensive Team. Henry To’oto’o (linebacker) and Byron Young (defensive end) were the honorees as both are draft-eligible players. To’oto’o is second on the Tide for total tackles (89) and totaled 201 stops in two seasons with Alabama. He has seven tackles for loss, 2.5 sacks, and a quarterback hurry for Alabama in 12 games this year.

Young leads all defensive linemen with 46 total tackles. He stands with 5.5 tackles for loss, four sacks, six quarterback hurries, two pass breakups, and a forced fumble. The native Mississippian earned Senior Bowl Defensive Player of the Week honors for his performance against Ole Miss. He posted a career-high 11 tackles, two sacks, two quarterback hurries, a forced fumble, and a pass breakup in a 30-24 victory for Tide. Young came to Alabama as a four-star in the 2019 recruiting class as a top prospect.

To’oto’o and Young are considered Day 2 picks (second to third round) for next April’s NFL Draft.