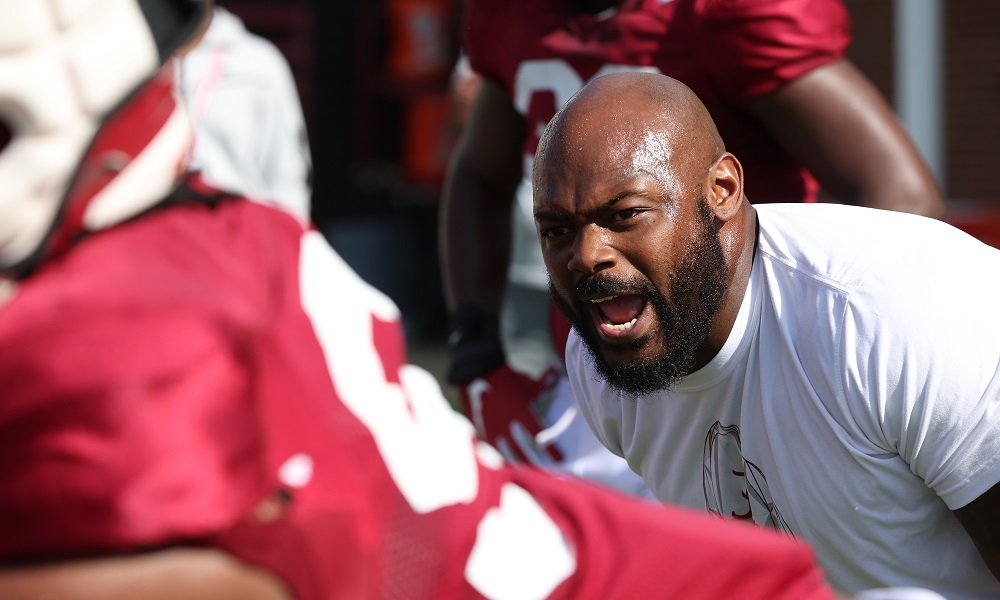 Su’a Cravens, a former linebacker/safety hybrid for the University of Southern California, is now a sports analyst at CBS Sports Central. He is reporting — via sources — that Colorado not only has Coach Deion “Prime” Sanders as a ‘done deal’  but Sanders plans on bringing a defensive coordinator from Alabama’s staff. An announcement is supposed to come from Sanders or Colorado this weekend or early next week. Some Alabama fans would hope this is the call for Pete Golding, but that is not the case.

My sources are saying not only is Coach Prime to Colorado “a done deal” but Coach Sanders plans on bringing on a new DC from Alabama’s staff !! Expect an announcement from either Colorado/PrimeTime this weekend or early next week.

Pac-12 is getting interesting

According to close sources, Touchdown Alabama Magazine is being told that Freddie Roach and Travaris Robinson are the ones targeted for the opportunity to join Coach Prime.

We will see what happens, but the speculation is Sanders will get a defensive coordinator from the Tide’s staff.