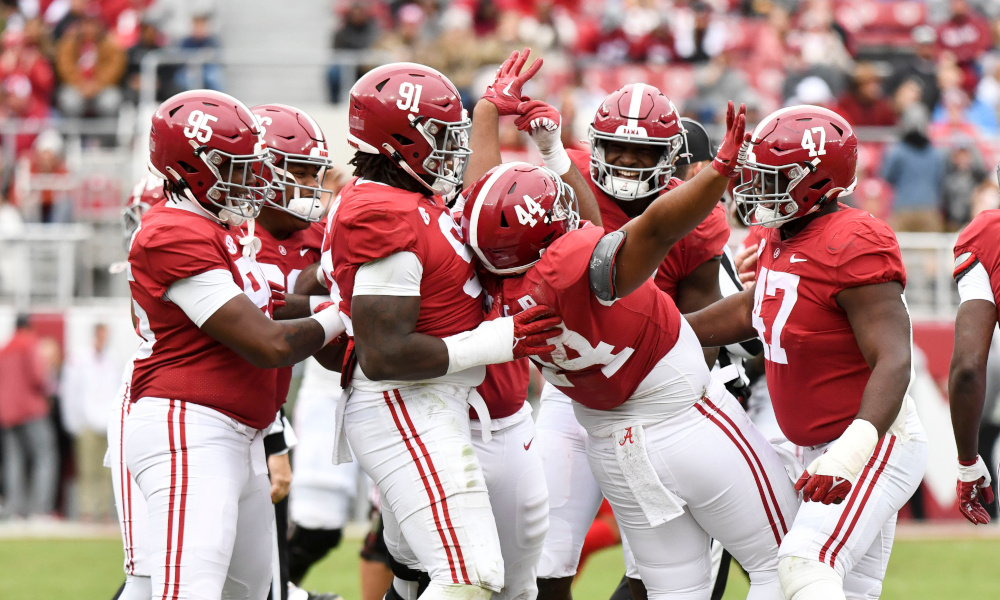 The college football and sports world is discussing Alabama football’s playoff chances after TCU was defeated by Kansas State.

Here is what national reporters and analyst are saying:

Down by 10 points with 12 minutes left. If TCU lays down and loses by 17 or 24 points, Alabama would have a much more convincing argument.

TCU losing in O.T removes even any reasonable argument for Alabama.

I am no expert but no one can convince me that @AlabamaFTBL isn’t better than these teams I have been watching despite 2 heartbreaking L’s .If rule is BEST 4 for playoffs BAMA should be in .Hey they didn’t get beat at home by 3 TD’s REWARD THE BEST / just watch @SEC football .

If you think Alabama deserves a playoff spot over TCU, you either don’t watch College Football, or you’re bias. It’s that simple. @TCUFootball pic.twitter.com/XsonitxLr7

Nick Saban: “How much it gone cost to turn that TCU CFP pie into Bama pie?” pic.twitter.com/k7Xgwf8F3i