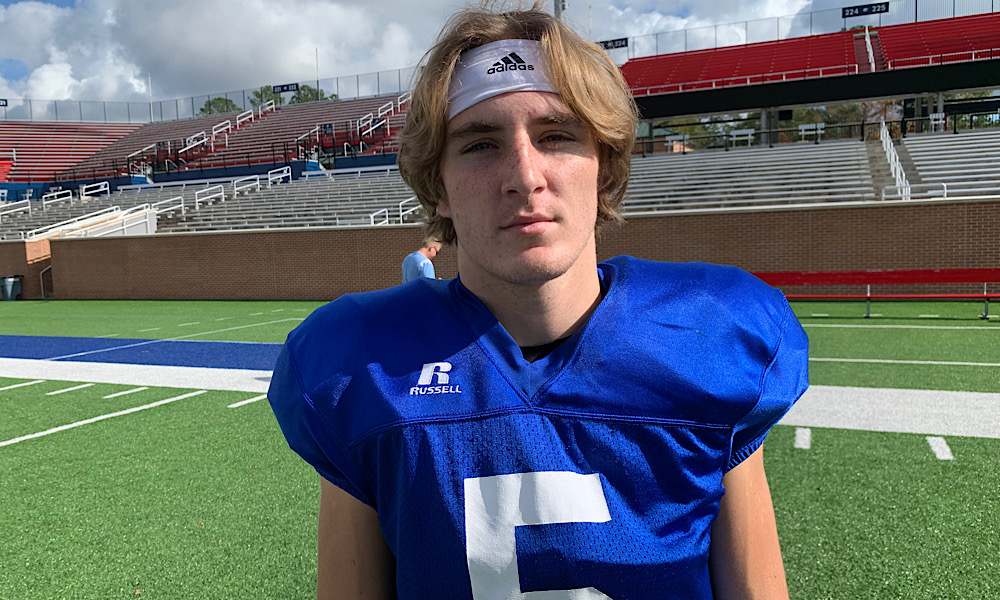 Brayson Hubbard is one of Alabama football’s most interesting 2023 commits because of his unique skillset and position versatility.

Hubbard is a product of Ocean Springs High School in Mississippi. He is currently the reigning back-to-back Mississippi 6A Mr. Football. He is the only athlete prospect Alabama has a commitment from.

The senior chose Alabama in June after camping and earning an offer from Alabama while playing defensive back, which is a position he never played before that day. He was previously a star at quarterback for Ocean Springs. Hubbard told Touchdown Alabama Tuscaloosa felt like it was the best place for him.

“It just felt like home,” Hubbard said. “I mean every time I go up there, it feels like family with all my future teammates and stuff. I’ll be around great guys. That’s the best thing. I’ll get a top degree up there while I am there too. I love coach Saban. I love the way he coaches. He is hard on us, and that is what I like. I like a coach that is going to be hard nose and screaming, high intensity.”

Alabama coaches are expected to try Hubbard out at defensive back at the next level, but he has the tools needed to play multiple positions once he gets to Tuscaloosa. The Mississippi native is ready to make an impact in any way he can for the Crimson Tide.

“I am not really worried about it,” said Hubbard. “I know the coaches at Alabama are going to put me in the best place there I can be. So, I just gotta go up there and show them that I can do stuff and just get to.”

Hubbard put up big numbers as an offensive weapon for Ocean Springs this season. He threw for 1,694 yards and rushed for 1,236 with 32 total touchdowns. The Alabama commit said he feels grateful after wrapping up his senior campaign.

“It feels great,” Hubbard said. “I mean I wish we could have won a state championship, but I mean it’s a once in a lifetime thing. I’m not done playing football. I get to go and play at the next level. Not everybody gets to do that. So, it feels great to, especially going to one of the top places in the country.”

Hubbard plans to sign with Alabama later this month and enroll in January.