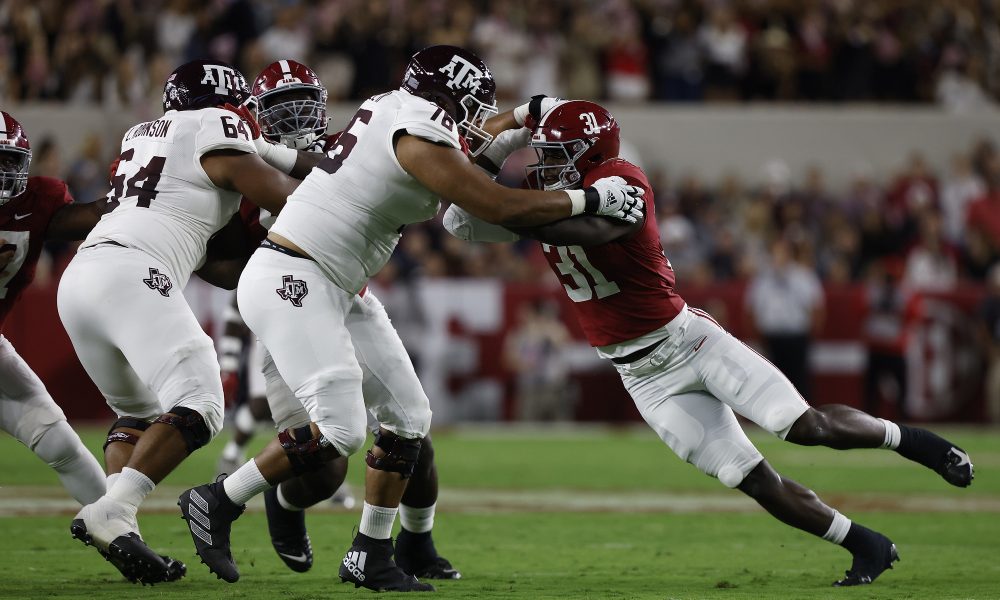 Alabama football’s Will Anderson Jr. was selected as the 2022 winner of the Bednarik Award, the Maxwell Football Club announced Thursday evening on the ESPN College Football Awards Show. Anderson Jr. was also tabbed as a first team All-American by the Walter Camp Football Foundation following the event.

The junior linebacker was one of three finalists for the Bednarik and beat out Cincinnati’s Ivan Pace Jr. and Tuli Tuipulotu of USC for this year’s honors. Anderson Jr. is now the third recipient of the Bednarik Award in Alabama history, joining Minkah Fitzpatrick (2017) and Jonathan Allen (2016). The Bednarik Award is presented annually to the top defensive player in college football as chosen by the Maxwell Football Club.a

Also announced on Thursday night was the first of five All-America teams, with the Walter Camp Football Foundation selecting Anderson Jr. as a first-team honoree on their annual list. He was also a first-teamer by the WCFF last season on his way to unanimous All-America honors.