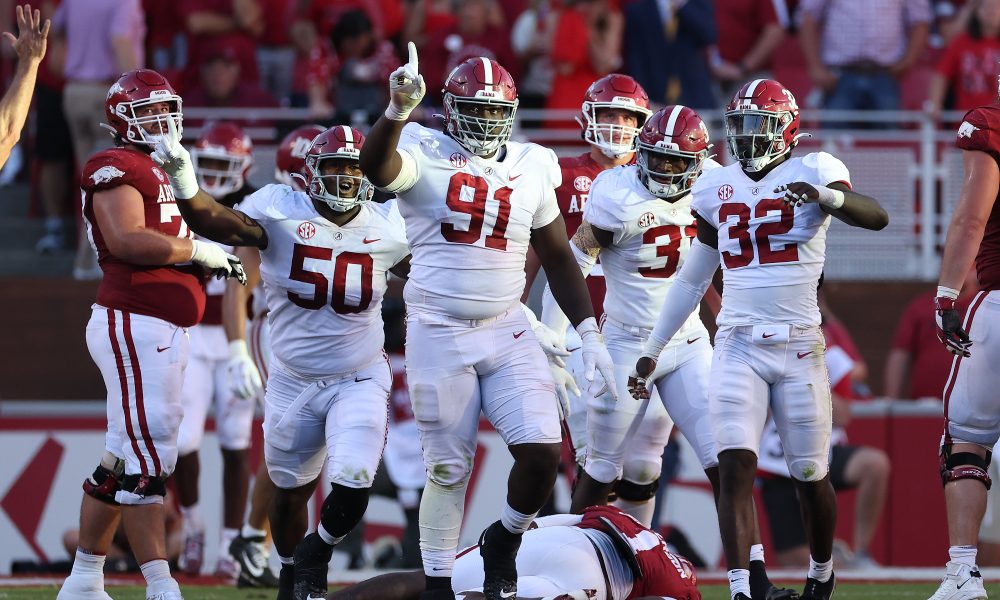 Alabama saw three of its player named to the 2022 Freshman All-SEC Team on Thursday.

Arnold appeared in 11 games for the Crimson Tide in 2022 and earned seven starts throughout the season. In his appearances, Arnold recorded 45 tackles, one tackle for loss, one fumble recovery, one interception and eight pass breakups.

Oatis broke through early in fall camp earning playing time immediately as a true freshman. He appeared in 11 games with nine starts where he posted 27 total tackles, two tackles for loss, one sack, four quarterback hits and one pass breakup.

Booker was another true freshman who warranted playing time on the line for Alabama as he appeared in 11 games for Alabama rotating in at both guard spots where he allowed a total of five pressures and no sacks on the year.