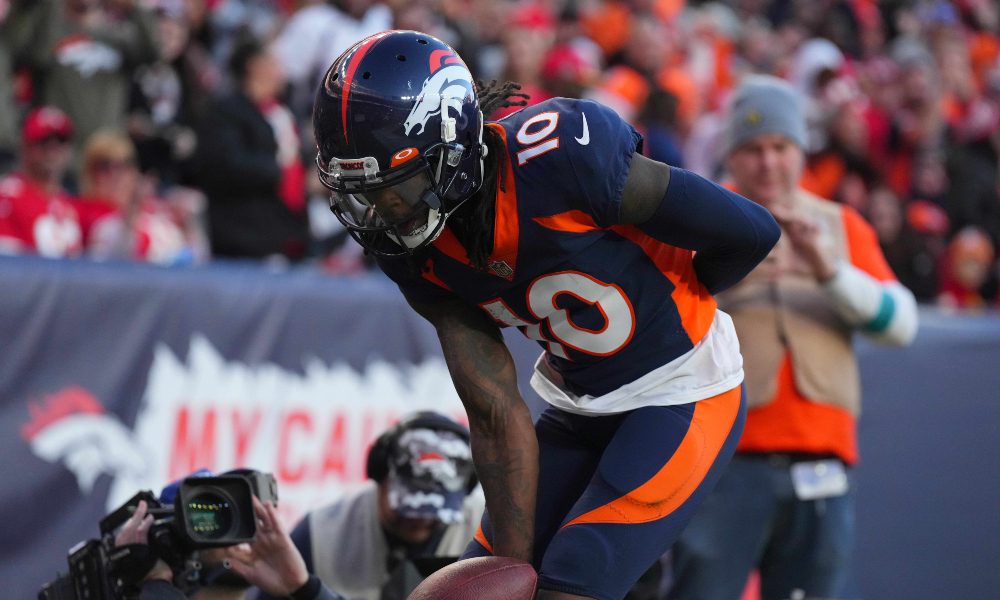 A former Alabama wide receiver had one of the best games of his young professional career on Sunday, but it cost him in the financial department.

Jerry Jeudy, the 15th overall of the 2020 NFL Draft by the Denver Broncos, got fined $23,030 for making contact with an official during a matchup between the Denver Broncos and Kansas City Chiefs. Jeudy thought a Chiefs’ defensive back interfered with him on a play, and he became irate in his emotions. He took his helmet and started screaming at teammates and an official.

After bumping into a referee, Jeudy was flagged for a penalty.

Denver was expecting a prolific season for Jeudy and Russell Wilson; however, it has not been successful. As a former Biletnikoff Award winner, Jeudy has 42 catches for 587 yards and six touchdowns. He has one 100-yard performance (102) and it came in the Broncos’ season-opener versus the Seattle Seahawks. Jeudy and the Broncos face the Arizona Cardinals on Sunday at home.