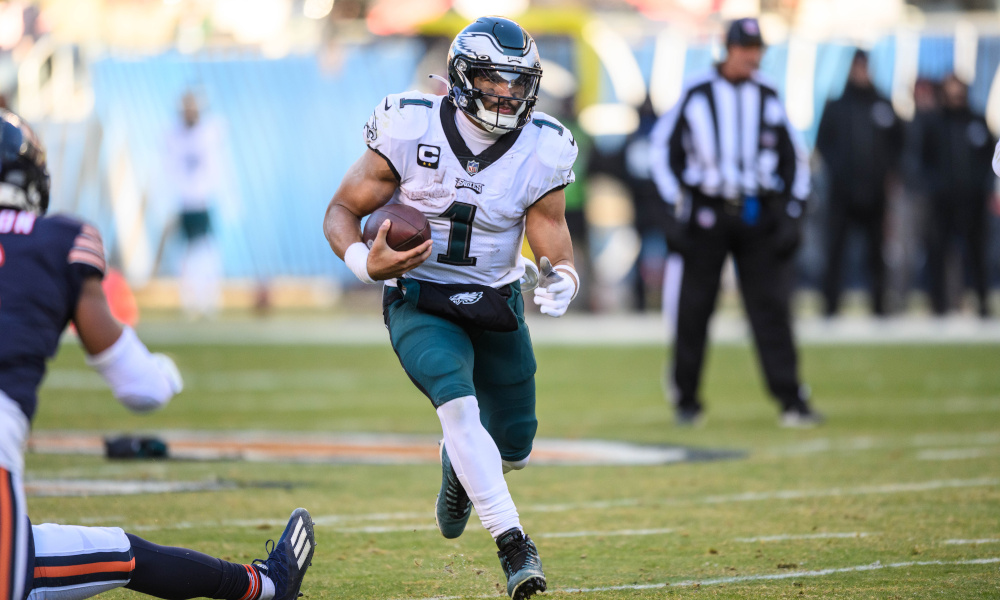 Jalen Hurts had his first “off” game of the season, but he still led the Philadelphia Eagles to a victory.

On Sunday, he recorded his fourth 300+ yard passing performance against the Chicago Bears. He completed 22 of 37 pass attempts for 315 yards in a 25-20 victory for the Eagles. Hurts’ streak of consecutive games without an interception snapped at four as he tossed two picks versus the Bears. However, he posted a career-high three rushing touchdowns on 17 carries.

Hurts has the single-season record for rushing touchdowns (13) in franchise history.

Hurts set up A.J. Brown (181) and DeVonta Smith (126) to total 100+ yards receiving. He’s recorded 35 total touchdowns, including 13 rushing scores, on the season. Hurts has posted 3,472 passing yards, standing just outside the top 10 among quarterbacks in the National Football League at No. 11. He has Philadelphia as the top-ranked team in the NFC with an opportunity at home-field advantage throughout the playoffs. The Eagles are 13-1, including a perfect 7-0 on the road.