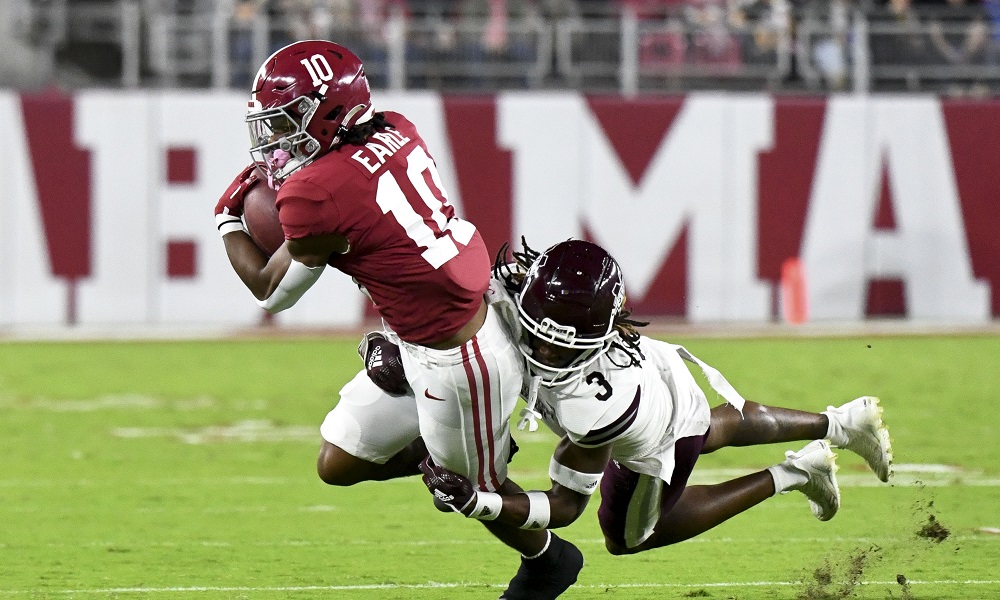 The news was first reported by On3’s Hayes Fawcett who confirmed that Earle will be headed back home to the state of Texas and join TCU.

One of the most electric players in the nation ⚡️https://t.co/U7u1XDA9hn pic.twitter.com/IUa4CNPSC1

The 5’10 wide receiver was one of the Crimson Tide’s top receiver prospect in the class of 2021. He appeared in a total of 20 games while at Alabama primarily serving as a contributor on special teams. During the 2022 season, Earle recorded 12 catches for 155 yards and two touchdowns.