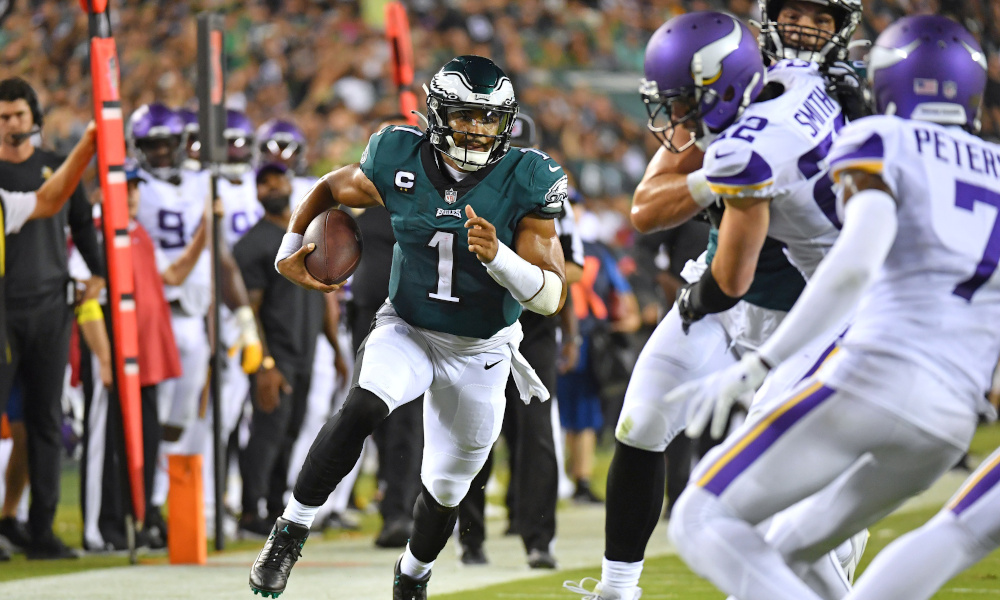 Nick Sirianni has not decided on who will start at quarterback Sunday for the Philadelphia Eagles against the New Orleans Saints, but Jalen Hurts has looked great in the last two practices.

Hurts suffered an SC joint sprain to his shoulder in Philadelphia’s 25-20 victory over the Chicago Bears. He did not play on Christmas Eve versus the Dallas Cowboys. Hurts and Gardner Minshew both have experience, but Sirianni is not revealing his hand on which one will start. Several insiders for the Eagles reported Hurts ‘looked good’ and ‘felt good’ during practices.

Nick Sirianni said Jalen Hurts looked good and threw well at practice Thursday. I believe the bigger issue is contact. On Thursday, Hurts didn’t participate in ball-security drills but there are still two days to work with #Eagles

Jalen Hurts practicing for 2 days in a row is big, especially since he looked good yesterday.

Would absolutely expect him to play if he feels good after practice today as well.#Eagles

In videos on Twitter, Hurts is dancing with teammates, attempting different throws, and moving around while throwing the football. He knows the Eagles need two victories over the Saints and New York Giants for the No. 1 seed in the NFC playoffs and home-field advantage. Hurts is also a leading candidate in the race for the NFL’s Most Valuable Player of the Year honor.

Nick knows Jalen badly wants to play but Nick says he will listen to the doctors. He wants to make sure it is safe for Jalen to be out there. He says they have two days to make a decision. pic.twitter.com/EWCMkoGof3

Eagles quarterback Jalen Hurts was back at practice Friday, his second straight since spraining his throwing shoulder. pic.twitter.com/KqMiqDQWYT

RELATED: Versatile defensive back looked at as Alabama’s unsung hero this year

We will see if Hurts opens the New Year by playing against New Orleans.