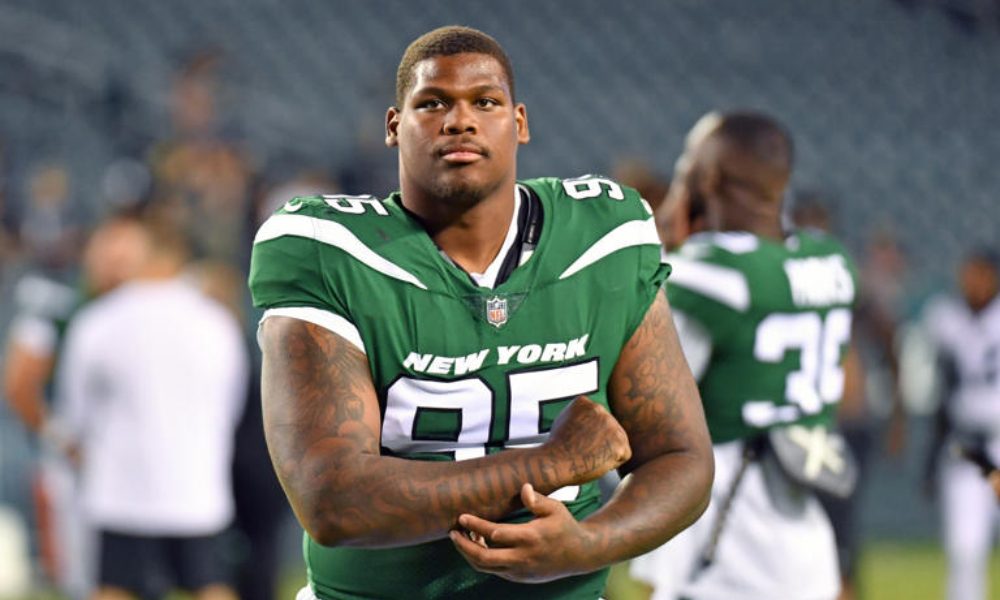 The New York Jets will not make the playoffs for the National Football League, but it had an interesting season.

Quinnen Williams, a former Alabama defensive lineman, got selected at No. 3 overall by the Jets in the 2019 NFL Draft.

He has become a superstar in his fourth NFL season with the team.

Williams leads New York’s defense for sacks (12) and tackles for loss (12) and totals 49 tackles, four passes defended, two forced fumbles, and a fumble recovery. The 6-foot-3, 303-pounder is heading to his first Pro Bowl and earned Most Valuable Player honors from the Jets. Williams could play himself into a bigger contract for his future, according to ESPN’s Rich Cimini.

He set career-highs for sacks and passes defended while keeping the Jets in several games this year.

DT Quinnen Williams was named the Jets’ MVP (Curtis Martin Award) by a vote of his teammates. There wasn’t much doubt about this one. Williams is having a career year — 12 sacks, 24 QB hits and Pro Bowl starter. #Jets

On Quinnen Williams being voted MVP by his teammates: Saleh says it was as close to unanimous as it gets. #Jets

One of the storylines in the offseason will be Williams’ contract. He’s signed through ’23 (fifth-year option), but the obvious play is an extension. Highest-paid DTs: Donald ($31.2M AAV), Leo Williams ($21M), Buckner ($21M). You can bet QW will be aiming north of LW. #Jets https://t.co/bbftvLC5kZ

As a native of Birmingham, Ala., Williams came to the University of Alabama as a four-star in the 2016 recruiting class.