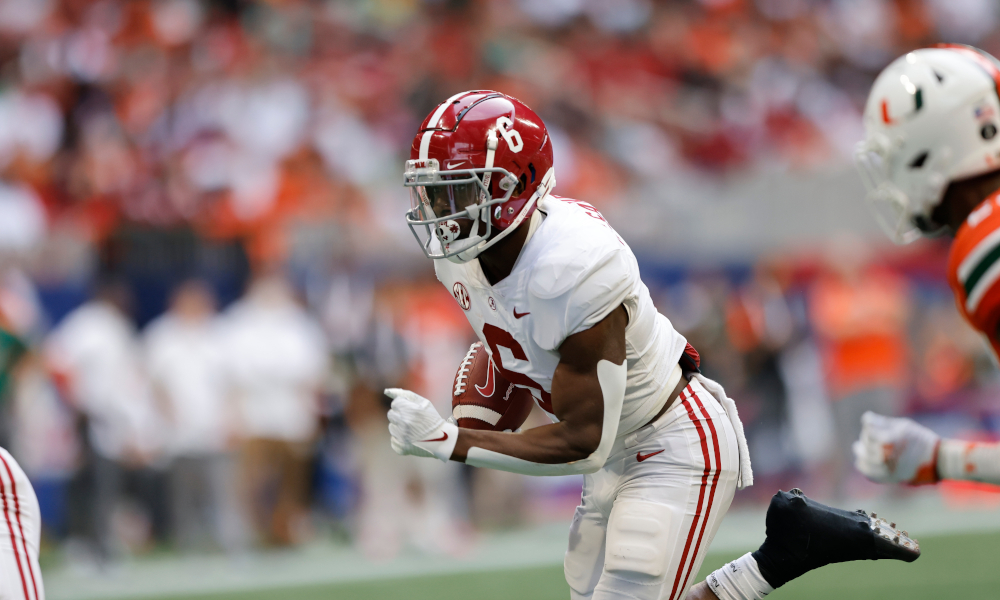 Sanders announced on social media on Thursday that he will be transferring to TCU for this upcoming season.

Sanders originally entered the transfer portal back on Nov. 22 and is now the third former Alabama player to commit to the Horned Frogs including offensive lineman Tommy Brockermeyer and wide receiver JoJo Earle.

The former five-star recruit out of IMG appeared in 26 career games for the Crimson Tide, nine of which came during the 2021 season where he served the team in a reserve role behind Jahmyr Gibbs, Jase McClellan and Roydell Williams.

Sanders’ tenure at Alabama has been injury riddled as he was forced to miss the 2019 season with a foot injury and then suffered a hip injury in 2020 from a car accident, ending his season. He would then see his most extended playing time in 2021 where he backed up Brian Robinson when the Crimson Tide’s running back room was depleted.

In his career, Sanders has rushed for 528 yards and three touchdowns.