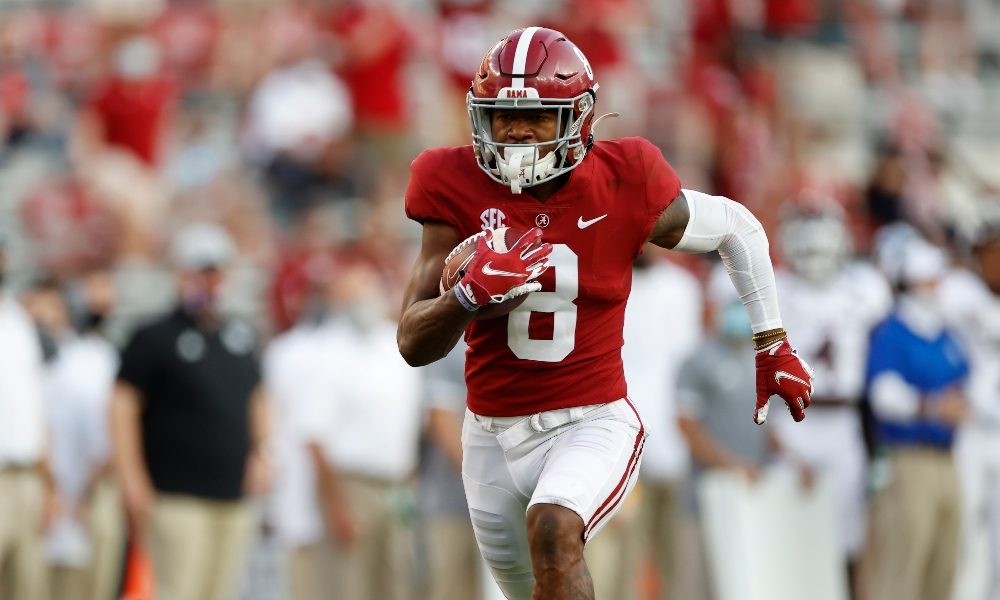 There weren’t many positives to take away from the Houston Texans’ performance this season, even from its Week 17 victory over the Indianapolis Colts which ultimately lost it the opportunity at the No. 1 overall pick.

But the team received some very positive news today regarding the health of wide receiver John Metchie.

Metchie, who was the team’s second-round draft pick last season, missed the entire year after being diagnosed with Acute Promyelocytic Leukemia (APL) but now could be returning to the team as soon as April.

General manager Nick Caserio made an appearance on SportsRadio 610 where he shared the update on Metchie.

“I’d say there’s a chance he’ll be ready for the start of the offseason program,” Caserio said. “I think there are still some things that he has to complete or go through. Quite frankly, it’s amazing what he’s done to this point.”

Despite missing the entire season, Caserio is confident in Metchie’s recovery even going as far as to say he looks even better now than when he was drafted by the team.

“He actually looks better now than he did when we drafted him in the spring,” Caserio said. “He’s improved his strength, he’s improved his lower body strength. His attitude has been great, even though he’s been dealing with a lot of things medically.”

Prior to joining the Texans, Metchie was a standout wide receiver at Alabama where he helped the team capture the 2020 national championship. In three seasons with the Crimson Tide, Metchie appeared in 30 games catching 155 passes for 2,081 receiving yards and 14 touchdowns.