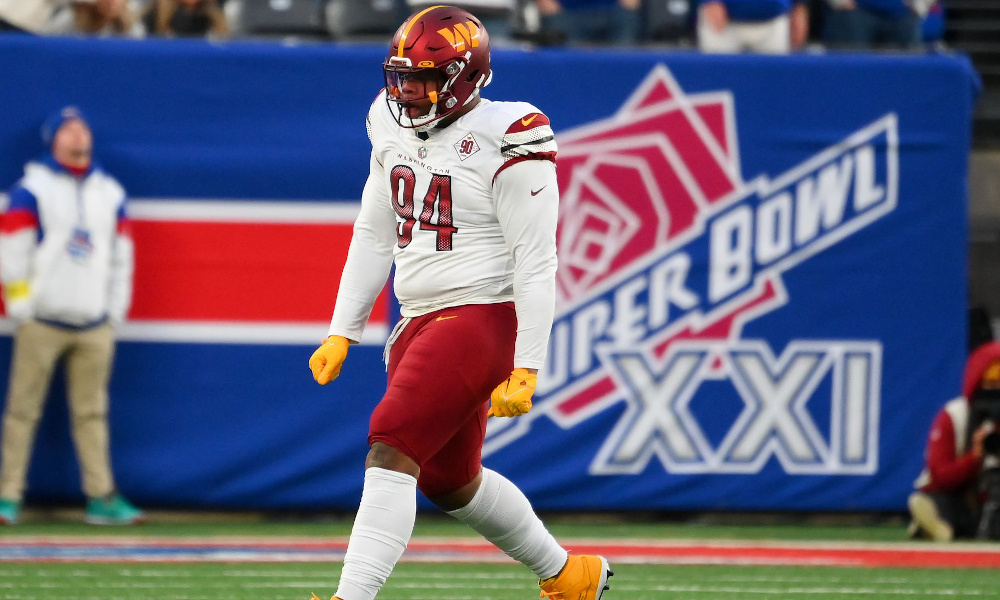 Payne got selected at No. 13 overall in the 2018 NFL Draft by Washington. The franchise went through three different names, but it is known as the Commanders. In his fifth season, the Birmingham (Ala.) native became an explosive interior pass rusher.

He recorded 11.5 sacks and 18 tackles for loss, both are team-highs. Payne totaled 64 tackles in the regular season, five pass breakups, and a fumble recovers for the Commanders. He set a career-high for sacks and finished slightly outside the top 10 (No. 12) in the league among pass rushers. Payne’s success allowed him to be added to the NFL Pro Bowl roster, joining his former Alabama teammate and current NFL teammate, Jonathan Allen. The 6-foot-3, 320-pounder will be an unrestricted free agent after the NFL season ends. Washington could re-sign him to a bigger contract or Payne could test the market and bet on himself.

He came to the University of Alabama as an elite five-star in the 2015 class.