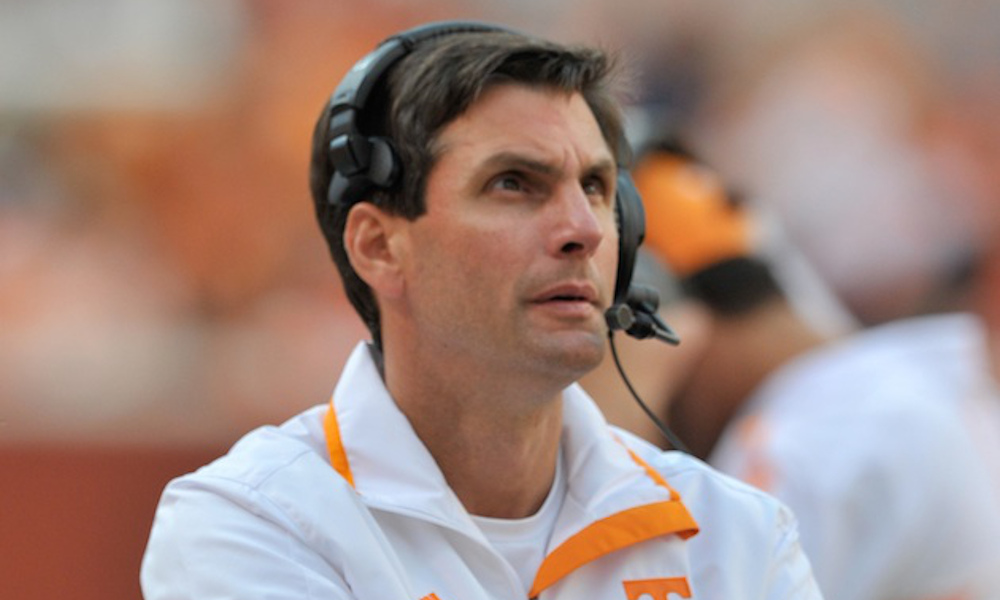 He possesses a lot of offensive knowledge, but would Nick Saban turn Alabama’s offense to Derek Dooley as his coordinator?

It may be unlikely to happen; however, Saban did promote Michael Locksley from off-field analyst to offensive coordinator in 2018. He also hired Steve Sarkisian as an analyst in 2016, and after parting ways with Lane Kiffin, Sarkisian became Alabama’s offensive play-caller in the 2017 College Football Playoff National Championship Game.

RELATED: Is it too late for Nick Saban to look at Alex Mortensen for Alabama OC position?

Dooley, 54, has a history with Coach Saban.

Both were together at Louisiana State University from 2000 to 2004 as Saban served as head coach and Dooley was a tight ends coach, running backs coach, and assistant head coach. Dooley helped Saban to a BCS National Championship for the Tigers in 2003 and followed him to the National Football League with the Miami Dolphins in 2005. He has head coaching experience at Louisiana Tech (2007-09) and Tennessee (2010-12), but is he ready to add his stamp to today’s fast-paced offense?

Alabama fans want the best of both worlds now. They want to see a creative offense, but they want to run the football too.

Dooley had success as an offensive coordinator at Missouri from 2018 to 2019. He guided the Tigers to 36.6 points per game while positioning Drew Lock to 3,498 passing yards and 34 total touchdowns in 2018. Missouri had a balanced attack as Larry Rountree III recorded 1,216 rushing yards and 11 touchdowns in 2018. Dooley also had five receiving options to catch at least 20 passes.

He is one of Saban’s guys, and one could see him offer this opportunity.  If a home run name does not rise to the forefront, Saban could look at Dooley. The 71-year-old loves experienced guys, and Dooley has it.

It would be a long shot for him, but we will see what happens.