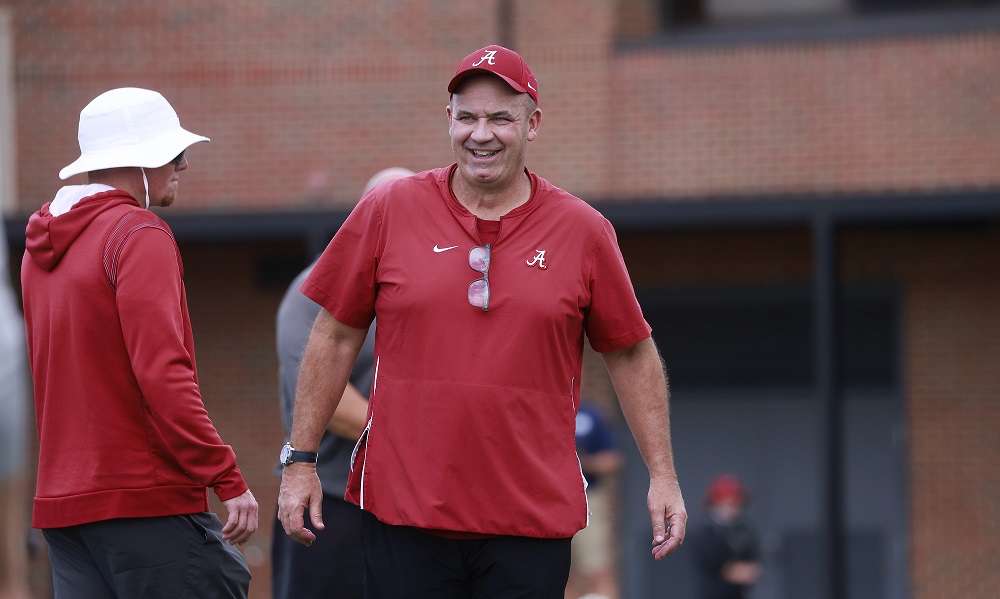 Alabama is once again in the market for an offensive play caller as it was reported on Tuesday that Bill O’Brien would be leaving the Crimson Tide to rejoin the New England Patriots.

This transaction not only affects the current Alabama offense, but also one of its former quarterbacks in Mac Jones.

Jones and the Patriots have been on the hunt for continuity on offense after the franchise experimented with former defensive coordinator Matt Patricia calling the offense this season.

Following the report of O’Brien heading to New England, several reactions from all sides of the sports world came pouring in on social media:

Bill O’Brien was back in the building yesterday for a second interview and now joins the staff, formalizing long-held plans. This is a good day for Mac Jones. https://t.co/uOUN5Z60D5

I was told this morning that Mac Jones is 'very' excited to be coached by Bill O'Brien.

And he should be. Here's why:https://t.co/qXL2kcxvjq

Bill O’Brien joined Alabama’s staff in 2021 as Mac Jones was about to leave campus to prepare for the draft, but Jones hung back for an extra couple weeks to help O’Brien learn the offense. There’s been plenty of mutual respect since then. Should be a good pairing in New England.

The offseason has barely begun, but hiring Bill O'Brien could well be the most influential move the Patriots make this offseason.

A chance for them to get their offense on track after a wayward 2022 season.

Mac Jones stands to benefit in a major way from this hire. https://t.co/lVaAEs5zDN