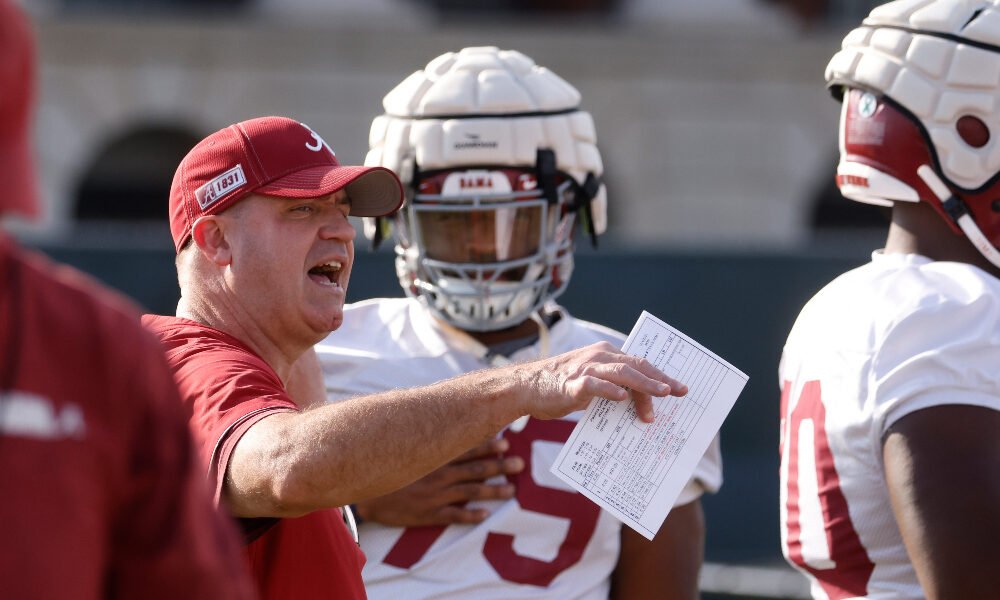 After several months of speculation, Alabama is officially in the market for an offensive coordinator.

It was reported by ESPN’s Chris Low that Bill O’Brien will be leaving the Crimson Tide to return to the New England Patriots to call the plays for Mac Jones.

O’Brien has been a deeply discussed figure amongst the Alabama fanbase for some time and when the news broke of him leaving, Crimson Tide fans flocked to the internet to share their reactions.

Below are a few reactions to the news:

Patriots and Tide will be back to normal next year. I rejoice.

Oh man, Nick has to build a whole new team of assistants. Whatever will he do 😏 https://t.co/1eZM51NZVE

And BOOM goes the dynamite 🧨 Thanks Bill. Good luck and God Bless. https://t.co/MO7LePHawb