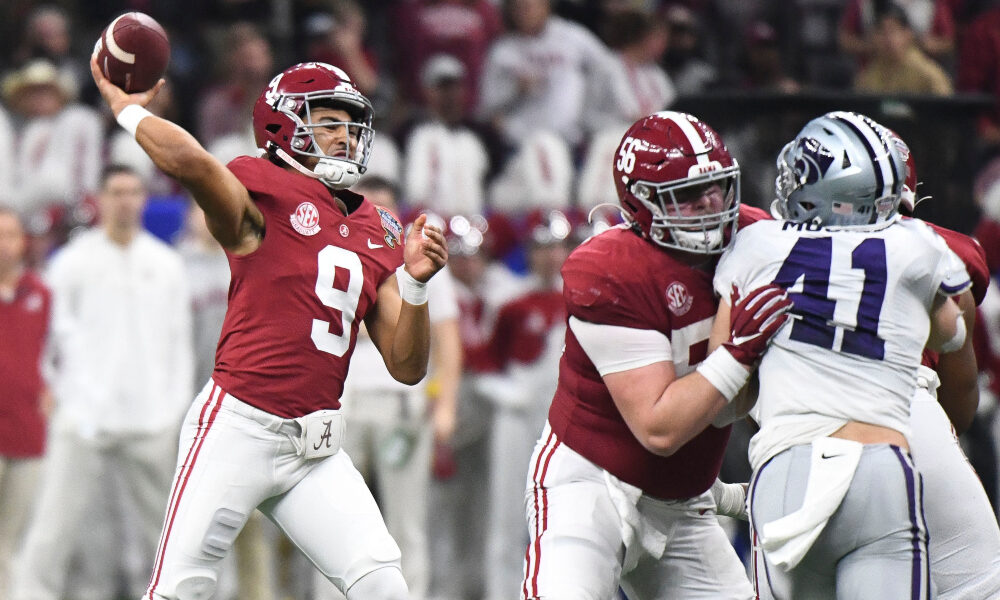 Bryce Young, a Crimson Tide alum, has the opportunity to do it.

He set school records across three years and became the first Alabama quarterback to win the Heisman Trophy. NFL Draft experts have him as the first signal-caller taken in April’s venue, and some have the California native as the first overall pick.

Size is the lone aspect people have nitpicked about Young. He maintained 194 pounds (6’0″) throughout college.

He did not sustain an injury until last year when he suffered an AC joint sprain to his right shoulder. The mishap caused him to miss the second half of the Tide’s matchup against Arkansas and the whole game versus Texas A&M. Young returned against Tennessee and played the remainder of the season. Draft pundits are a stickler for size at the quarterback position, but we have seen smaller players win Super Bowls and become legends. Brandon Deacon, the founder of NFL Rookie Watch, states Young is working with a nutritionist to try to add 16 pounds to his frame. He wants to get up to 210 pounds ahead of the draft.

Bryce Young is reportedly “working” with a nutritionist to attempt to get up to 210 pounds.

Young’s size has been one of the main concerns with him as a prospect.

The Alabama QB is currently listed at 194 pounds 👀 pic.twitter.com/bhnKCr5Bv6

If he can hit this goal, the 2020 CFP National Champion will show doubters he can absorb big hits.