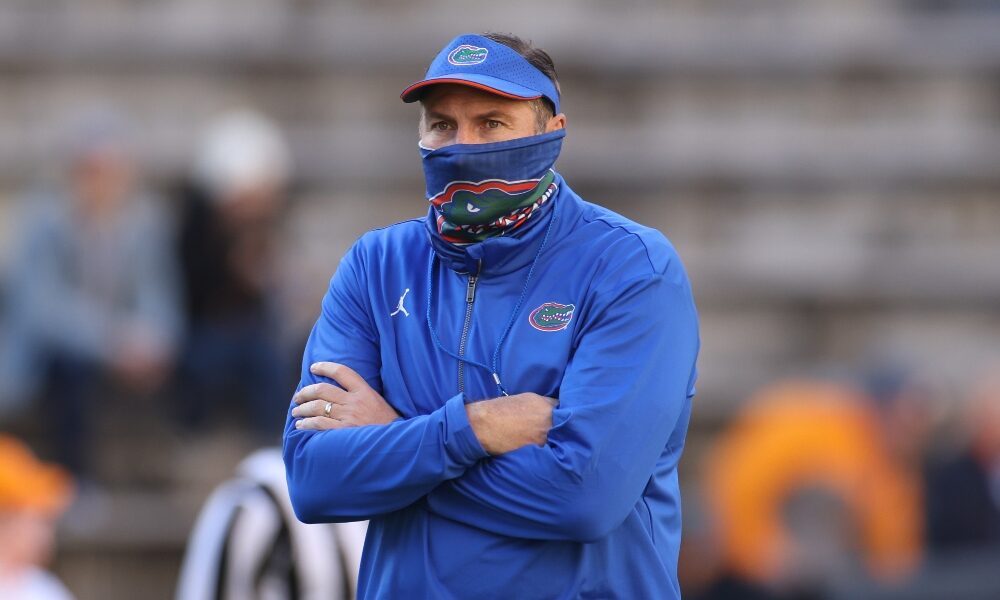 A former SEC head coach was tossed into the conversation of possibly becoming Alabama’s next offensive coordinator, but has the mood shifted?

Dan Mullen served as a college football analyst for ABC and ESPN in 2022. He has been a head coach at Florida (2018-21) and Mississippi State (2009-17). Mullen is one of the best quarterback developers in the sport, but he is not getting consideration to be the Crimson Tide’s offensive play-caller. ESPN’s Chris Low provided the update Wednesday morning on Mullen.

In talking to several close to the situation, Dan Mullen is not a candidate for @AlabamaFTBL’s OC job. Mullen has enjoyed the time away from coaching to be with his family and also wants to concentrate on his TV career as a football analyst.

Low said Mullen has enjoyed time away from coaching to be with his family. He wants to continue as a television analyst.

Bill O’Brien left the University of Alabama to return to the New England Patriots of the National Football League.

After having O’Brien for two years, the Tide is looking for a new offensive coordinator.