Play time is over for Alabama. The quest for a Southeastern Conference crown and a 16th national title starts this week. West Virginia, Florida Atlantic and Southern Mississippi were stepping stones, but now the test begins. Florida battled with Kentucky, but now sets its sights on Alabama. The Gators will stroll into Tuscaloosa Saturday to face the Crimson Tide.

2013 was depressing for Gators fans as they witnessed their program suffer a 4-8 season. Despite its problems, 2014 opens a fresh a start for Florida under head coach Will Muschamp.

A broken fibula sidelined quarterback Jeff Driskel last season. Now healthy and with a new offensive coordinator (Kurt Roper), Driskel looks to prove his worth in the SEC. Driskel has completed 63.6 percent of his passes for 543 yards with four touchdowns and one interception in two games.

Like Alabama, Florida keeps a stable of running backs. Matt Jones is the leader of the group. Jones is explosive in space, but excels at running between the tackles. He has 37 carries for 221 yards and two touchdowns. Kelvin Taylor has recorded 25 carries for 132 yards and two touchdowns. Mack Brown has been quiet thus far, but don’t be surprised if he’s called upon in this matchup. Brown has 58 yards rushing on six carries.

Demarcus Robinson has established himself as Florida’s primary receiver. The 6’2” 200-pound sophomore has 21 receptions for 339 yards and three scores.

Quinton Dunbar is an explosive playmaker. Robinson’s attracted much attention, but Alabama can’t afford to overlook Dunbar. Dunbar led Florida with 39 catches for 528 yards in 2013. He has seven catches for 88 yards this season. Matt Jones and Mark Herndon combine have four receptions for 101 yards and two touchdowns.

Dante Fowler, Jr. has one sack in 2014; however, he is still affecting opposing quarterbacks. Fowler is tied for second on the team in tackles (nine) and has six quarterback hurries.

Keanu Neal and Vernon Hargreaves III are stapled in Florida’s secondary. Neal leads the group in interceptions (two) and has four tackles with two pass breakups. Hargreaves has seven tackles and leads the team in pass breakups (five).

Alabama’s quarterback, Blake Sims ended the preseason on a good note. He completed 75.0 percent of his passes for 646 yards with four touchdowns and one interception. Sims displayed good footwork and has been smart with the ball. Timing is one thing he has to improve on. Sims has tested defenses with deep passes, but he hesitates when throwing them. Sims has the arm strength to push the ball down field. He needs to continuing developing trust in his arm and time his passes better.

Sims is more confident, but Jake Coker will play against Florida. Coker is completing 64.5 percent of his passes for 248 yards and a touchdown. Coker is grasping the system, but building chemistry takes time. The arm talent is indeed there, but Coker tends to get anxious at times and over throws open receivers. Repetition, knowledge and encouragement will help Coker continue to grow.

Derrick Henry is second on the team in rushing with 209 yards and a score. Tyren Jones is the Tide’s fourth string back, but he leads the group in yards per carry average (8.2). Jones has 90 yards rushing and a touchdown. He gets it done through the air, but Blake Sims can run if he needs to. Sims has 102 yards rushing and two scores.

Amari Cooper has benefitted the most from Lane Kiffin’s offense. He has 33 catches for 464 yards and three touchdowns. Cooper’s success has come from catching the ball in space. He’s been able to make defenders miss and accelerate down field.

Christion Jones has to be one of those guys. Jones is second on the team in receptions (nine) and has 133 yards. Alabama hopes to have DeAndrew White back this week. White has six catches for 73 yards. Chris Black, ArDarius Stewart and Kenyan Drake combine have 11 receptions for 183 yards and a touchdown.

Alabama hasn’t generated a lot of sacks this season, but its defense is affecting opposing quarterbacks. Ryan Anderson and Xzavier Dickson each have two of Alabama’s seven sacks. Dickson leads the team in quarterback hurries with three. Jonathan Allen leads the defensive line with nine tackles.

Alabama and Florida have met 40 times. The Crimson Tide leads the series 24-14. Las Vegas has spoken. Alabama is favored to win this game by 17 points, but suggestions don’t matter.

Florida enters this matchup with something to prove. Alabama wants to begin its conference slate with a win. CBS will air the matchup this Saturday at 2:30 p.m.

Listed below are six important factors for both teams before Saturday’s game. 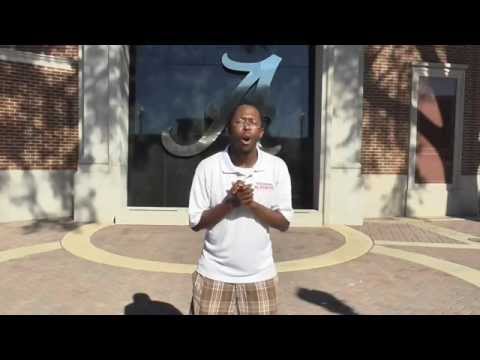