Running back Pierre Thomas, a 7-year veteran, was released by the New Orleans Saints Wednesday. He recorded 222 rushing yards and two touchdowns on 45 carries in 2014. Thomas accounted for 3,745 yards and 28 scores throughout his career as a Saint.

The franchise intends to keep former Alabama running back Mark Ingram, Jr. Ingram, 25, was selected in the first round (28th overall pick) of the 2011 NFL Draft by the New Orleans Saints. He totaled 474 yards and five touchdowns in 10 games during his rookie season. His first NFL touchdown came on a 13-yard run against the Houston Texans (Sept. 25, 2011). New Orleans finished 2011 at 13-3, capturing an NFC South Division crown.

Ingram saw his production improve in 2012. He appeared in 16 games, posting 602 yards and five touchdowns. Ingram didn’t record a turnover, and he averaged almost four yards per carry. New Orleans was without its head coach Sean Payton. A bounty scandal suspended him for the entire 2012 regular season. The Saints’ defense struggled, and it finished at 7-9 (tied for last).

Toe injuries halted Ingram’s progress in 2013. He averaged 4.9 yards per carry, but totaled one touchdown and 386 yards in 11 games. New Orleans managed to make the playoffs, despite Ingram’s injuries. It notched a Wild Card spot, finishing at 11-5.

The injury bug (hand, shoulder, ankle and toe) continued in 2014, but Ingram handled it better. He put in his best season as a running back, accounting for 964 yards and nine touchdowns. Saints’ quarterback Drew Brees found Ingram to be a reliable target last season. He was targeted 36 times, resulting in 29 catches for 145 yards. Ingram finished 2014 with 1,109 yards from scrimmage, a career-high. He appeared in his first Pro Bowl on Jan. 25, 2015 (alternate).

NFL Free Agency starts on Mar. 10, 2015. Numerous star players, including Brandon Marshall, Ndamukong Suh, Reggie Wayne and Mike Wallace are on the move. New Orleans wants to re-sign Ingram and he looks to continue being a Saint. While New Orleans is contemplating, Dallas and Philadelphia are making offers.

The Eagles traded running back LeSean McCoy to Buffalo Wednesday for linebacker Kiko Alonzo. McCoy dealt with injuries in 2014. He chimed in with 1,319 yards and five scores on 4.2 yards per carry. These numbers come on the heel of McCoy’s huge season in 2013. He totaled 2,146 yards from scrimmage (1,607 rushing, 539 receiving) with 11 touchdowns. Philadelphia returns Chris Polk and Darren Sproles, but it needs a physical running back.

Dallas is coming off a stellar 2014 season, in which it finished at 12-4. The Cowboys made a playoff appearance and clinched an NFC East crown for the first time since 2009. Fifth-year player DeMarco Murray was the heartbeat of the team. He was the 2014 rushing champion with 1,845 yards. His 13 rushing touchdowns tied him for first with Seattle’s Marshawn Lynch.

The Cowboys used a franchise tag on wide receiver Dez Bryant. Dallas’s quarterback Tony Romo is still eating much of the cap room with his six-year, $108 million contract. Right tackle Doug Free has agreed with the organization on a three-year, $15 million deal.

Owner and general manager Jerry Jones came to an agreement with Dallas’s head coach Jason Garrett on a five-year extension, worth $30 million. The Cowboys may not have enough to re-sign DeMarco Murray. It returns Lance Dunbar and Joseph Randle, but both guys are change of pace backs. If Dallas can’t re-sign Murray or draft a running back, it will go after Mark Ingram. 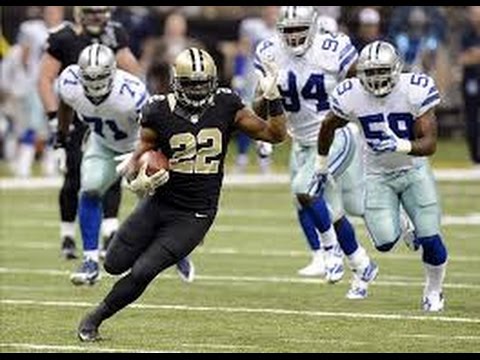