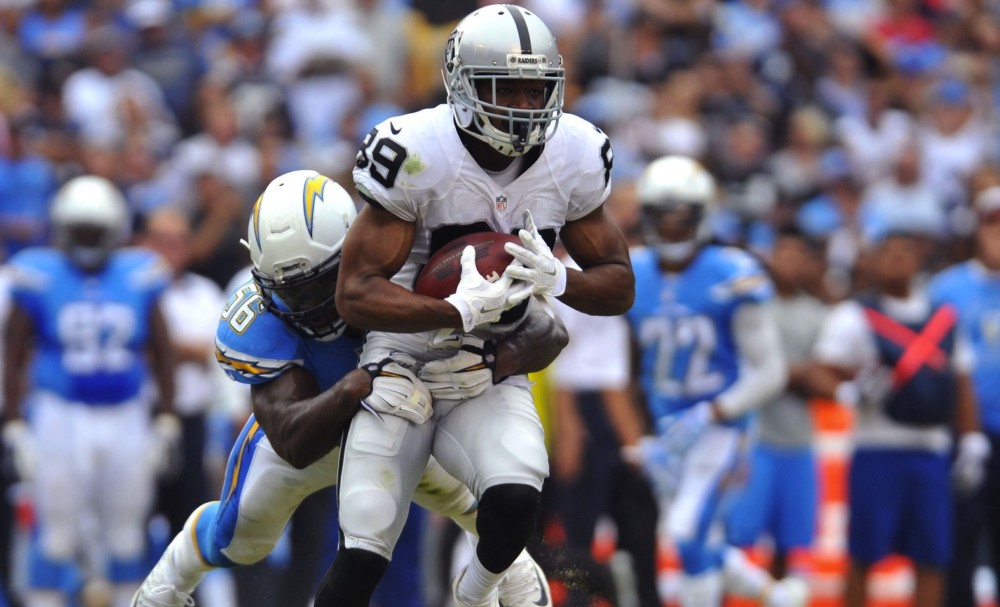 The former Alabama standout went head-to-head against one of the more prolific quarterbacks in the National Football League, San Diego’s Phillip Rivers. Cooper was smooth against the Chargers’ secondary, collecting five passes for 133 yards and a touchdown.

Cooper’s exceptional footwork at Alabama was displayed on a 52-yard touchdown reception in the third quarter. He caught a five-yard hitch route from quarterback Derek Carr, allowed his vision to set up blocking downfield and weaved his way to end zone for a score.

Three of Cooper’s five receptions came in excess of 30 yards.

His ability to elevate and snatch the football troubled San Diego. He averaged a 26.6 yards per catch, which was a season-high. Sunday’s game was the third time that Cooper’s reached 100 yards receiving. Oakland defeated both Baltimore and Cleveland on huge performances from Cooper, and it can add San Diego to the list. It improves to 3-3 after getting a 37-29 win.

Cooper now has 33 catches for 519 yards and three touchdowns.