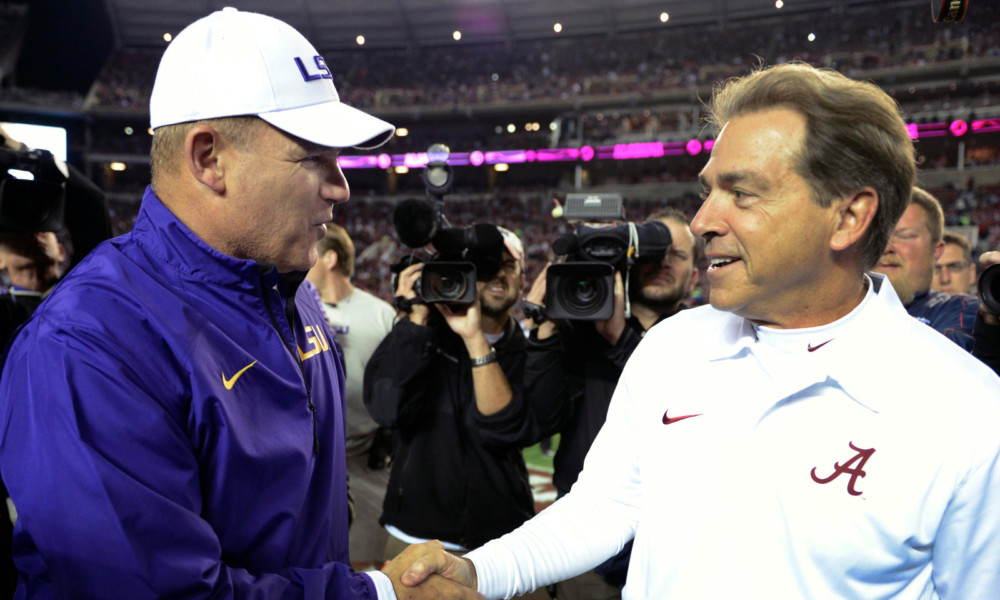 Rankings for the College Football Playoff have been released, and though Ole Miss controls its destiny in the SEC West, Saturday’s meeting between Alabama and LSU will have Southeastern Conference and playoff implications.

Bryant-Denny Stadium should be electric this weekend.

Alabama and LSU will enter the contest coming off a bye week. Both teams have talent at running back, wide receiver and on defense, yet quarterback play may decide a winner.

A first-year starter, Harris has completed 58.6 percent of his throws for 1,098 yards with nine touchdowns and no turnovers. Ball security has been pleasant surprise for him.

Sophomore running back Leonard Fournette took the college football world by storm in 2014, and is off to a self same start this year. Fournette, 6-foot-1, 230 pounds, has recorded 1,000 yards rushing for a second consecutive year. He has totaled 1,352 rushing yards and 15 touchdowns on 7.7 yards a carry.

The sophomore is averaging 25 carries and 193.14 rushing yards per game. Fournette is a frontrunner in this season’s Heisman Trophy race.

Wide outs Travin Dural and Malachi Dupre are LSU’s primary weapons on the outside.

LSU’s offensive line is arguably one of the nation’s best. This group has blocked for 38.9 points, and has given up just eight sacks. The Tigers have rushed for 2,164 rushing yards.

Linebackers Kendell Beckwith and Deion Jones hold this unit together on defense.

Both played have 51 total tackles to lead the team. Jones has six tackles for loss, while Beckwith’s recorded five. Jones has 2.5 sacks for a loss of 23 yards, but defensive lineman Lewis Neal is the leader in the clubhouse with seven sacks.

He also has eight tackles for loss.

Sophomore defensive back Jamal Adams captains LSU’s secondary. He ranks third on the team in tackles (34), with two of them for loss. Adams leads the team in interceptions with three.

Along with Adams, the Tigers have Tre’Davious White, Rickey Jefferson, John Battle and Kevin Toliver II in its defensive backfield.

Alabama and LSU will meet for the 80th time this weekend at Bryant-Denny Stadium. The Crimson Tide leads the series 49-25 with five ties. Alabama defeated LSU last season 20-13.

Since 2007, the winner of this contest has gone on to play for a national championship.

Alabama and LSU both found themselves in the top four of the first college football playoff rankings, sitting at No. 4 and No. 2 respectfully. Saturday’ game will show which team can better improve its chances for a shot at a national championship.T

he Crimson Tide still needs an Ole Miss loss for an opportunity to represent the SEC West in Atlanta, but it will move one step at a time.

ESPN’s College Football GameDay will be in Tuscaloosa, Ala. CBS Sports is set the air game at 7:00 p.m. CT. All eyes will be on Alabama as we head down the stretch of the season.