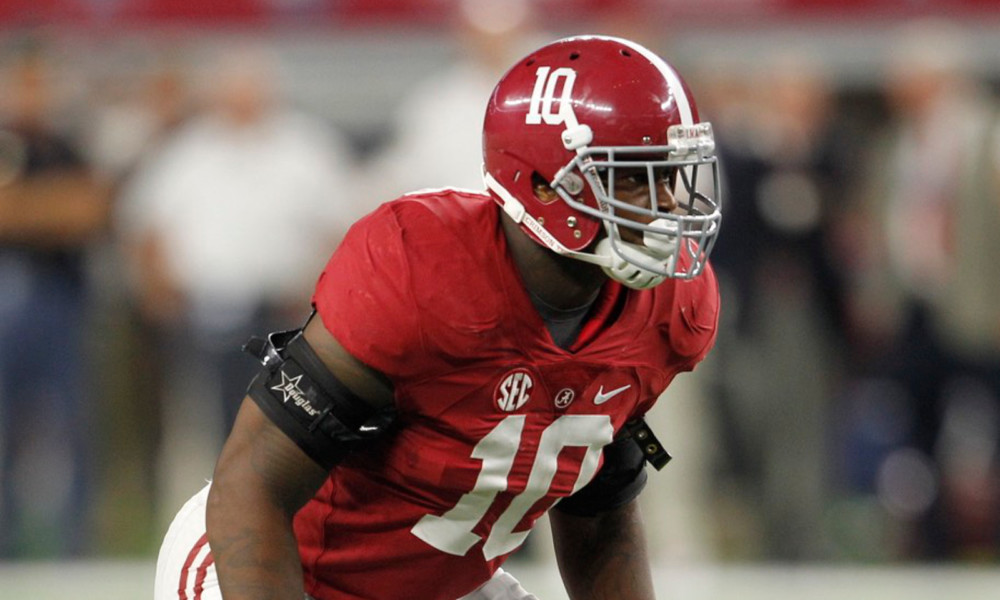 Hard work and an improved technique has earned Alabama linebacker Reuben Foster the right to play more on defense.

A former five-star prospect, Foster made a name for himself as an enforcer on special teams. Injuries limited him to 22 tackles in eight games last season. Eight of his 22 stops came on special teams, including a crushing hit on LSU running back Leonard Fournette.

Former Alabama quarterback Blake Sims had guided the team on a nine-play, 55-yard scoring drive late in the fourth quarter. Adam Griffth capped off the drive with a 39-yard field goal, tying the game at 13.

On the ensuing kickoff, Foster acclerates downfield and locates Fournette around the 20-yard line. He then has the presence of mind to lower his body into Fournette’s and drive him backwards. Jaws dropped on Alabama’s sideline as Foster’s efforts gave it momentum.

To this day, Fournette believes the hit he endured against Foster was the biggest of his career.

“It was the biggest hit I’ve ever taken,” Fournette said per Michael Cassagrande of AL.com. “It really didn’t hurt, it was unexpected. It didn’t hurt at all. I didn’t see it coming at all.”

Foster and the Crimson Tide would go on to win 20-13 in overtime, but that was last season. LSU will enter Bryant-Denny Stadium with a much improved quarterback in sophomore Brandon Harris and Fournette as a Heisman frontrunner. Alabama’s defensive front is ready for Fournette after enduring constant conversations about him all week.

Defensive linemen Jonathan Allen and Jarran Reed both are energized for Saturday. As for Foster, he anticipates a reunion with Fournette on the gridiron.

Listed below is a video of Foster’s jaw-dropping hit on Fournette last season. 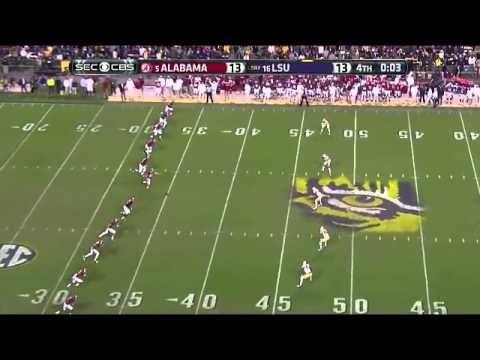