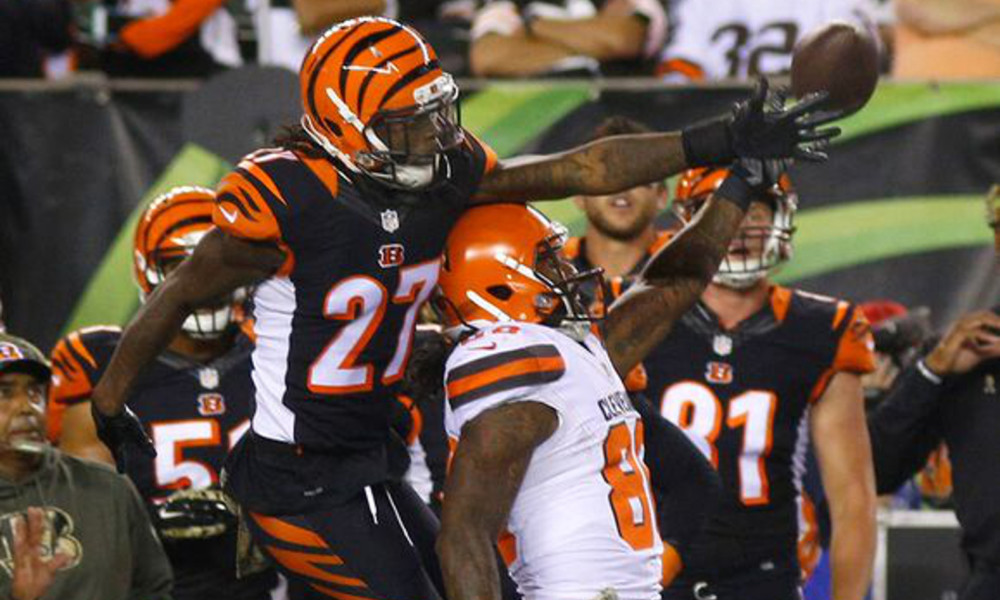 D’Andre “Dre” Kirkpatrick was a shutdown cornerback in three seasons (2009-11) at Alabama. He totaled 91 tackles with nine interceptions and was a two-time BCS national champion in 2009 and 2011.

A former first round pick of the 2012 NFL Draft, Kirkpatrick took center stage Thursday night for Cincinnati in a rivalry game against the Cleveland Browns. The former Crimson Tide standout posted five tackles and a pass breakup.

His five stops were tied for first on the team.

Kirkpatrick and Cincinnati’s secondary made it difficult for second-year quarterback Johnny Manziel. He completed just 45.5 percent of his passes (15 of 33), despite tossing a touchdown to running back Duke Johnson, Jr.

Kirkpatrick was good in  run support, limiting Cleveland to 69 rushing yards on 17 carries. The Bengals picked up a 31-10 win and remain unbeaten at 8-0.